'Like grandpa in front of the TV': Morning Joe says 'sh*thole' remarks prove Trump is 'getting old and losing it' 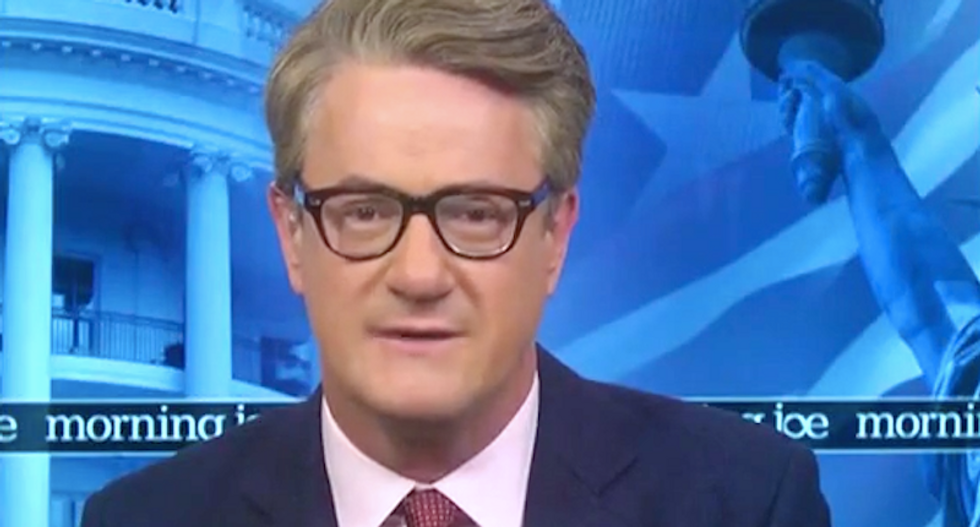 The president insulted immigrants from Haiti and African nations during an Oval Office meeting with lawmakers, and wondered why the U.S. didn't try to attract people from mostly white countries like Norway -- and the "Morning Joe" host pointed out he's made similar remarks before.

"This, of course, is the same president who was accused several weeks ago of saying that we didn't want people from Haiti to come to the United States because they all had AIDS, also said derogatory comments about people coming, I believe it was from Nigeria, once they left their huts, they would never want to go back," Scarborough said.

Scarborough said the White House had spent this week trying to show Trump was capable and competent, after author Michael Wolff published a book claiming all of the president's aides agreed he is not very intelligent and possible suffering from dementia.

"So there you go, more ignorance spewing from a president was going to spend this week trying to prove that he's fit for office and he hasn't lost a step mentally, but these bizarre rantings and ravings sound, I'll say it, sounds like grandpa sitting in front of the TV set when he's getting old and losing it and that sort of thing," Scarborough said. "You can't say that, grandpa, be quiet. Except this guy is president of the United States and the damage it does, especially when Paul Ryan, Mitch McConnell and other Republicans remain silent in the face of such hatred and bigotry."

Scarborough said he couldn't imagine another president making such "immoral" and "insensitive" comments, and he said they revealed troubling truths about Trump.

Scarborough said the president's obvious racism would motivate voters against the Republican Party for many years, unless GOP leaders spoke out against Trump.

"The biggest shock is, if you are Paul Ryan, if you are Mitch McConnell, both men who have admirable background when it comes to race, if you are Paul Ryan, Mitch McConnell or you are Ted Cruz or you are anybody who hopes one day to lead this country, Mike Pence, how do you not come out and immediately condemn this?" he said. "Not three days later after you talked through it, but immediately condemn this language? How do you not do that?"