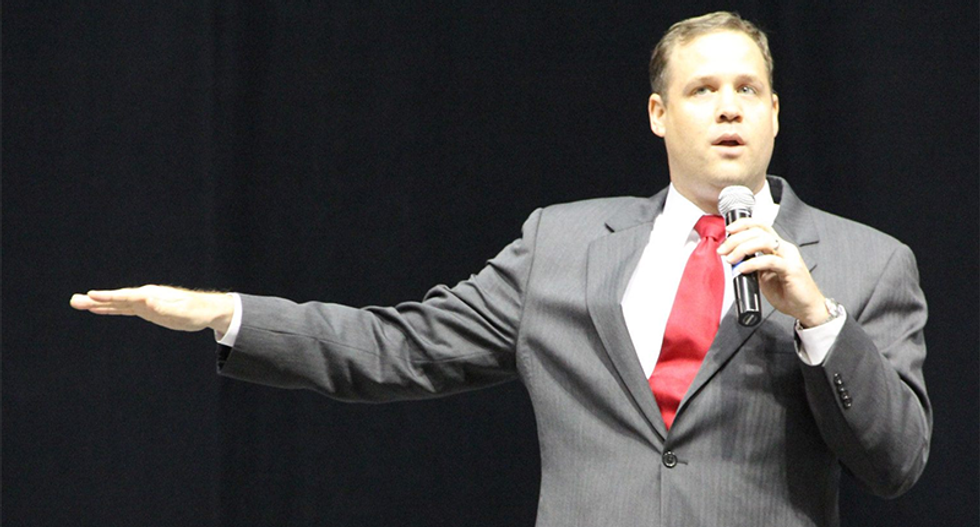 Rep. Jim Bridenstine (R-OK) hasn't been voting for legislation since he was named as President Donald Trump's nominee to NASA and his hometown isn't happy about it.

A Tulsa World editorial blasted Bridenstine Tuesday, claiming that the appointment has essentially left the state's second-largest city without a member of Congress. To make matters worse, they're not anticipating a change any time in the near future.

Bridenstine faced scathing questions when he testified before the Senate committee on commerce, science and transportation in November. His appointment barely passed out of the committee, on a party-line vote 14-13.

"Now my position is, I have come to believe that the position of NASA administrator as I have said so many times in front of this committee, obviously should not be one that is partisan," Sen. Bill Nelson (D-FL) said about the appointment. "It is a position where a failure of leadership can quite literally mean the difference between life and death."

Nelson said that he felt Bridenstine's qualifications fall woefully short of what should be required for an administrator to NASA.

Meanwhile, Bridenstine is abstaining from most votes in Congress.

"While Bridenstine has taken care of his other duties as Congressman, including constituent services, if he’s not there to vote on things, it’s as if Tulsans are not part of the process," the editorial said.

To make matters worse, because Bridenstine wasn't approved in 2017, the state likely won't hold a costly special election simply to fill a short-term congressional seat. It means the First District in Oklahoma has gone without representation in Congress for a full term.

Ironically, as a member of the tea party, Bridenstine has caused the district to fall under the old anti-British slogan "no taxation without representation," a rallying cry prior to the Boston Tea Party.

However, the editorial isn't blaming Bridenstine for refusing to vote or stepping out of his seat after being appointed. Instead, it's blaming the U.S. Senate for its increased scrutiny over an anti-science official being appointed to an independent agency of the executive branch that depends on science to function.

"Can we get our federal taxes back? After all, taxation without representation isn’t the American way," the Tulsa World concluded.