Marijuana taxes and a surplus expected to boost California budget 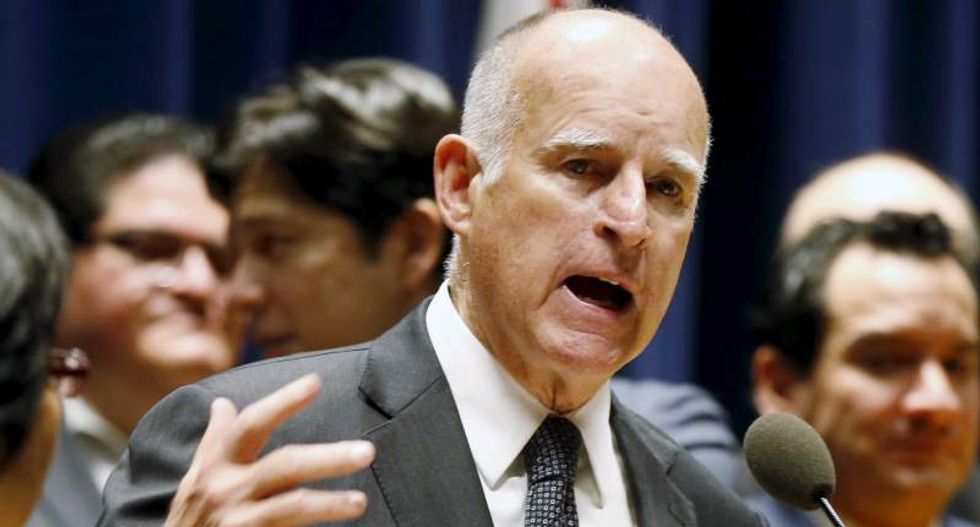 California Governor Jerry Brown will propose his final statebudget on Wednesday, setting out a spending blueprint that last year topped $125 billion and marking the first time the state's coffers will be bolstered from sales taxes on marijuana.

Brown, a Democrat who is leaving office next January after four non-consecutive terms, has positioned the state as a bulwark against the conservative policies of Republican U.S. President Donald Trump. The governor's proposal is expected to reflect that by funding programs to combat climate change, shore up health care services and other efforts.

The 2018-2019 budget will include anticipated taxes on sales of marijuana, which became legal for recreational use Jan. 1, estimated to eventually reach $1 billion.

The estimated budget surplus of $7.5 billion is a far cry from the $27 billion hole that was projected as Brown took the reins for his third term in January 2011. He had previously served as governor from 1975 to 1983.

State Senator Phil Ting, a Democrat from San Francisco and the chairman of the senate budgetcommittee, is urging the governor to sock away $3.2 billion of that in the state's rainy day fund and use the rest on education, health care and other needs. The legislature's majority Democrats will push the governor to fund universal pre-school for all children age four and up and also expand the state's earned income tax credit for the poor, he said in a telephone interview.

For the current fiscal year, the state budget topped $125 billion in general fund spending and nearing $200 billion when funds from the federal government, bond sales and other sources are considered, state records show. California has the sixth-largest economy in the world and is the most populous U.S. state, spending $53 billion from its general fund budget for K-12 education, $15 billion for state colleges and universities, and $35 billion for health and human services in fiscal year 2017-2018.

Brown, who worries about the state taking a hit in a future recession, is likely to resist some spending proposals in favor of paying down debt. But his choices are expected to reflect his priorities, including efforts to slow climate change, improvements for infrastructure and better funding for education.

The plan is likely to change as lawmakers battle for pet causes and the state's revenues are recalculated before the next fiscal year begins in July.

(Reporting by Sharon Bernstein in Sacramento and Robin Respaut in San Francisco; Editing by Lisa Shumaker)