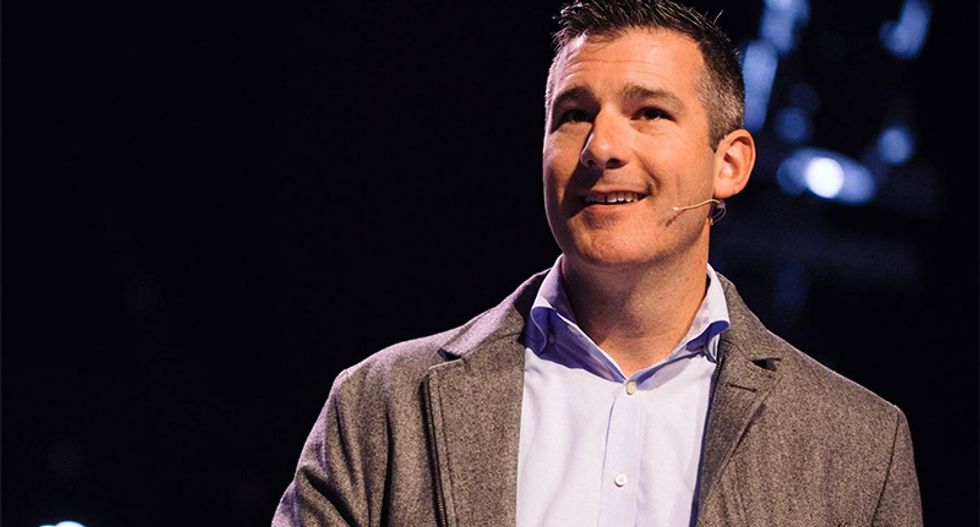 According to Fox 13, the Highpoint Church leader admitted to the act on his social media platforms. At the time, Savage was in college and working as a staffer at a Texas Baptist church now known as StoneBridge. He said in his statement that he apologized immediately and asked for forgiveness from the victim.

"I apologized and sought forgiveness from her, her parents, her discipleship group, the church staff, and the church leadership, who informed the congregation," he said on the church website. "In agreement with wise counsel, I took every step to respond in a biblical way."

The response from Savage came after the woman came forward with graphic details to The Wartburg Watch, a site started by two Christian women who pursued their faith, but saw "disturbing trends within Christendom."

"He turned onto a dirt road and continued to drive. There were trees all around. I could not see the main road anymore, from which he turned," Jules Woodson said of her experience. "I asked what was back here. He told me they were building a church. I thought, maybe that’s what this was about, maybe he has some secret to tell me, like perhaps he was moving to another church."

When the two reached a dead end Savage turned the truck around and parked.

"He turned the headlights off. Suddenly, Andy unzipped his jeans and pulled out his penis. He asked me to suck it," she continued. "I was scared and embarrassed, but I did it. I remember feeling that this must mean that Andy loved me. He then asked me to unbutton my shirt. I did. He started touching me over my bra and then lifted my bra up and began touching my breasts."

"Oh my God, oh my God. What have I done? Oh my God, I’m so sorry. You can’t tell anyone Jules, please. You have to take this to the grave with you," she remembered him saying.

She was quickly angered and told him that she wouldn't tell to get him to stop pleading with her. The two got back into the truck and he took her home. "I was in shock."

In the aftermath she said the guilt and anxiety of the assault was "eating at her soul."

"I couldn’t concentrate at school. I couldn’t think about anything else. The fear, shame, anger and hurt consumed me," she continued. "As embarrassing as it would be for me to tell all the ‘dirty’ details of this horrible secret, I had no other choice. What happened to me was not right nor had it been my fault. I had to report this. Little did I know, the very people I was about to entrust to protect me and help me would not only victimize me all over again but would also engage in a cover up to protect my abuser and the image of the church.”

Steve Bradley was the pastor of Woodlands Parkway Baptist Church, which is now known as StoneBridge. Bradley is still the head pastor of the church twenty years later. Associate Pastor Larry Cotton was who Woodson approached first. She sobbed telling him every single detail of the horrifying incident.

"Just as I had finished telling my story, Larry immediately spoke up and asked me to clarify. He said something to the effect of, ‘So you’re telling me you participated?’" she recalled. What followed was a "wave of shame" come over her.

She was told that the associate pastor would inform the head pastor and the church would deal with the situation. In the days that followed Savage went on as though nothing was outside of the norm. In fact, he even taught a workshop titled "True Love Waits" about sexual purity and abstinence. The workshop wasn't merely about sexual abstinence, it was a full-force, no kissing, no touching form of abstinence workshop.

Woodson fell deeper and deeper into a depression. She ultimately confided to her women's discipleship group.

"Looking back now, I know without a doubt, it was a cry for help. Tears ran down my cheeks. I remember feeling a slight sense of relief as this was no longer just a secret between myself, Andy, Larry and Steve," she said. "However, I too remember feeling as though I had just played my last card. I knew I had broken the rules of silence and that there would be consequences to my actions.”

When word got back to the head pastors they were forced to act. Savage was removed from a youth group trip skiing and rumors were beginning to spread. Still, the church never told the congregation about what happened.

"Instead, they held a going away reception for Andy at the church in which he was allowed to simply say that he had made a poor decision and that it was time for him to move on from our church," Woodson recalled.

She later learned that her parents never even knew what happened so Woodson told them. The church even had the gall to call her parents years later asking if they would be OK bringing Savage back on as a staffer.

Woodson said that she wasn't just inspired by the #MeToo movement, she was motivated to reveal her story when she saw Savage's social media posts about other men in the news who had sexually harassed or sexually assaulted women.

"So saddened to hear of another high profile person in the midst of sexual misconduct allegations. It's beginning to seem that sex on our own terms isn't working. Go figure," the pastor wrote with a link to the story of Matt Lauer's allegations. 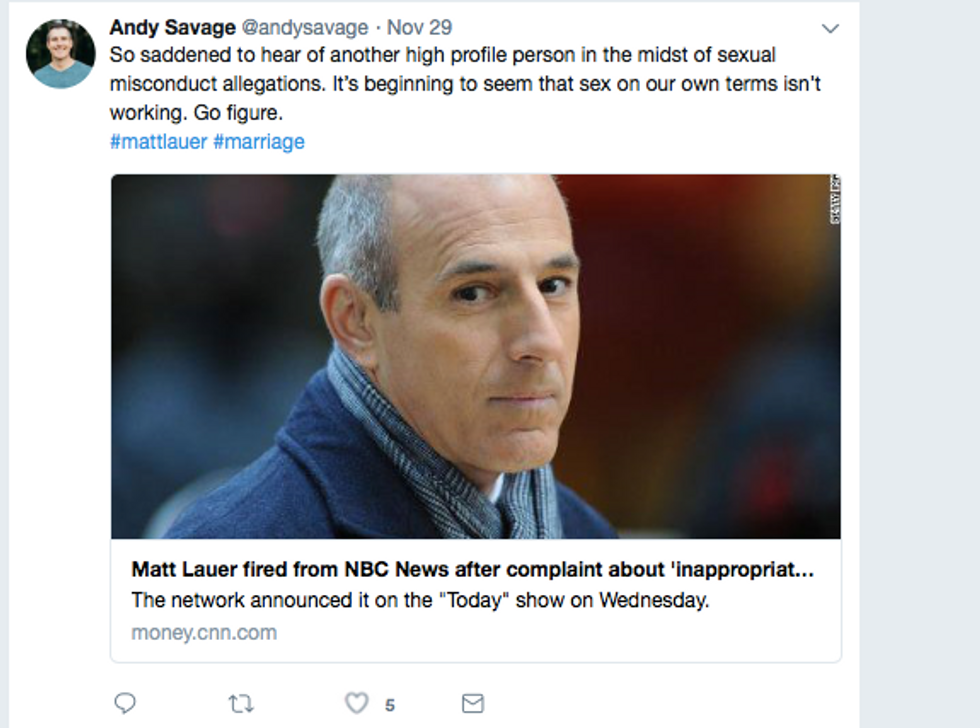 Woodson sent him an email, for which she never received a response. 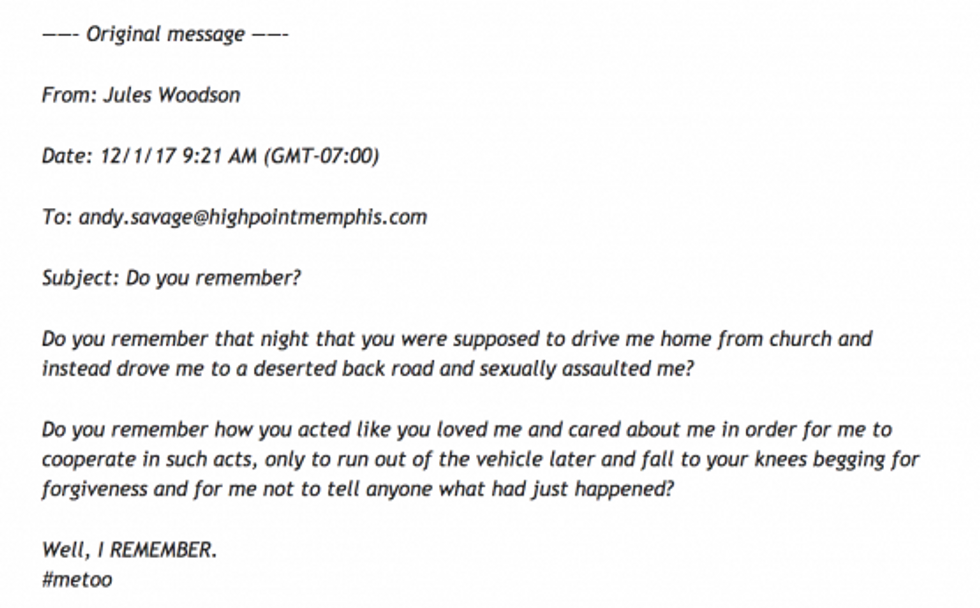 Savage has continued his war on sex with a "Sex Nation" series railing against homosexuality, pornography, divorce and sexual atheism. 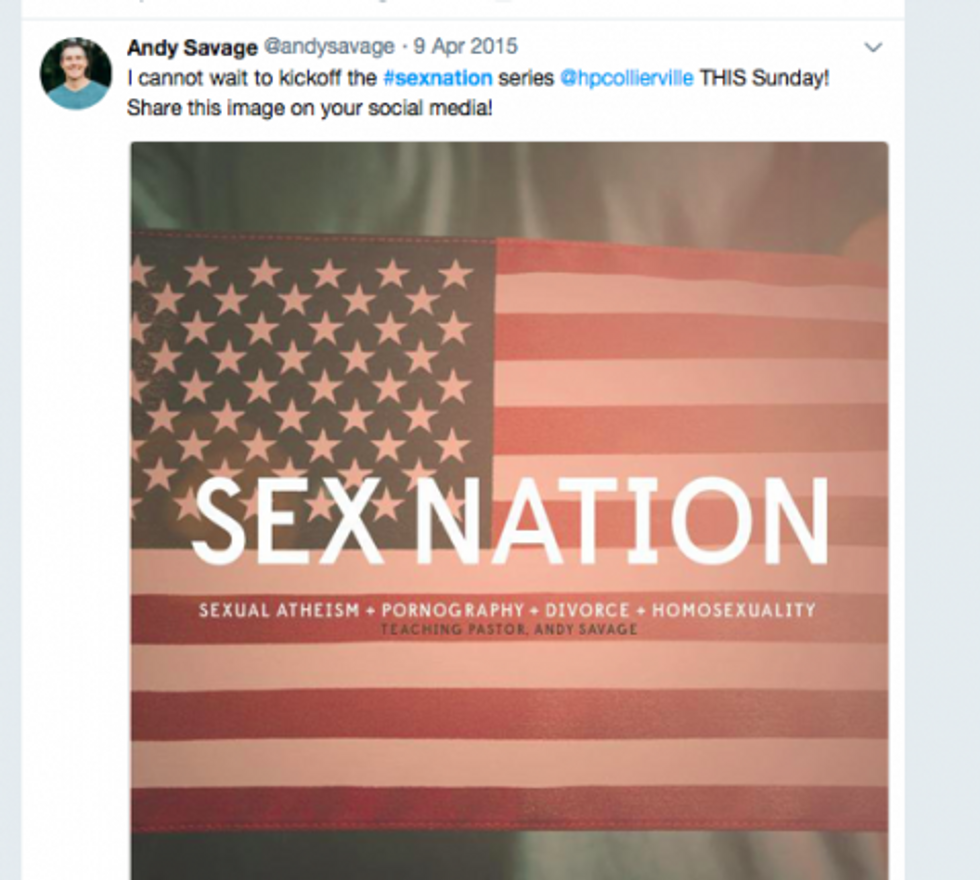 Jules Woodson has filed a police report about the incident. Texas Texas Penal Code Chapter 5. (22.011) Title 5 deals with "offenses against the person" and Chapter 22 is about "assaultive offenses." It outlines that it is considered sexual assault if the act is without the consent of the other person, "the actor is a clergyman who causes the other person to submit or participate by exploiting the other person's emotional dependency on the clergyman in the clergyman's professional character as a spiritual advisor."

There is no record of Pastors Steve Bradley and Larry Cotton reporting the assault to the police. Bradley still leads the church today, which boasts robust programs for children and students. Cotton is the Director of the Austin Stone Institute Residency and Internship program at Austin Stone Community Church, which helps bring people who are "called" into the church as Andy Savage was.