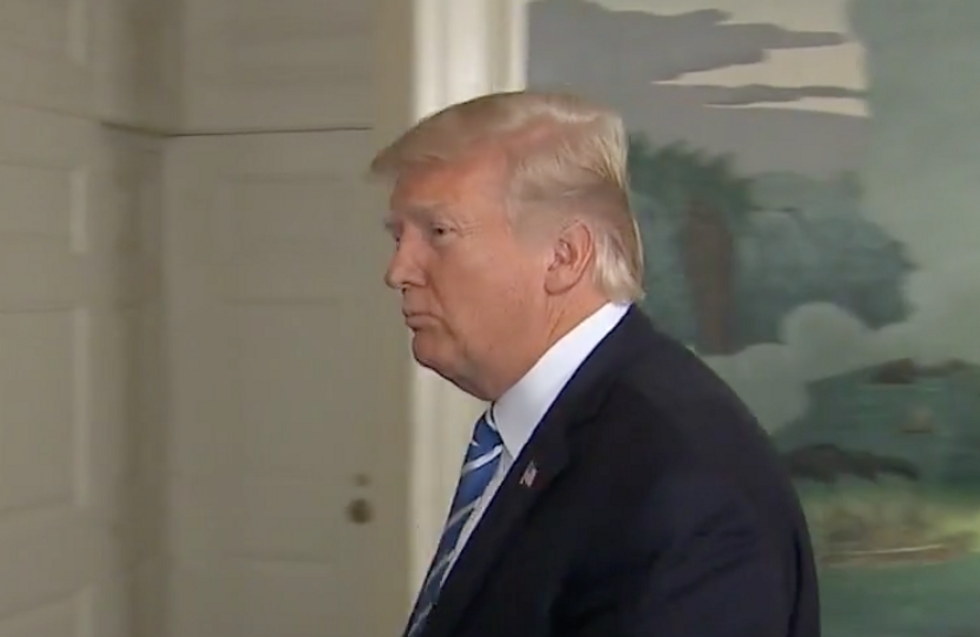 As bad as thing have been so far in the White House under President Donald Trump, they soon could get even worse.

Michael Wolff's new book Fire and Fury depicts a chaotic and dysfunctional White House where staffers fear and loathe the president, whom they regard as a vain and moody "idiot," and those conditions have exacerbated the stress that comes with the job, reported Axios.

"More than half a dozen of the more skilled White House staff are contemplating imminent departures," according to Axios co-founders Mike Allen and Jim VandeHei. "Many leaving are quite fearful about the next chapter of the Trump presidency."

The website collected more than a dozen anecdotes from Wolff's book, which has infuriated Trump so much that aides are simply avoiding him.

Trump has threatened to sue Wolff over his book, but Axios reported that his lawyers laughed at the president's bluster.

Those anecdotes show how unprepared Trump is for the presidency, and how he ignores or disregards advice and follows his instincts wherever they lead -- even when he contradicts himself.

"He seemed almost phobic about having formal demands on his attention," Wolff wrote.

Wolff described a "wackadoo" moments whenever the president rambled off topic, and staffers were forced into "intense method-acting" to pretend not to notice "what everyone could see."

"In the Trump White House, policy making ... flowed up." Wolff wrote. "It was a process of suggesting, in throw-it-against-the-wall style, what the president might want, and hoping he might then think that he had thought of this himself."

Those conditions have many staffers considering a hasty exit, although it's not clear how attractive those jobs will be once they're open.