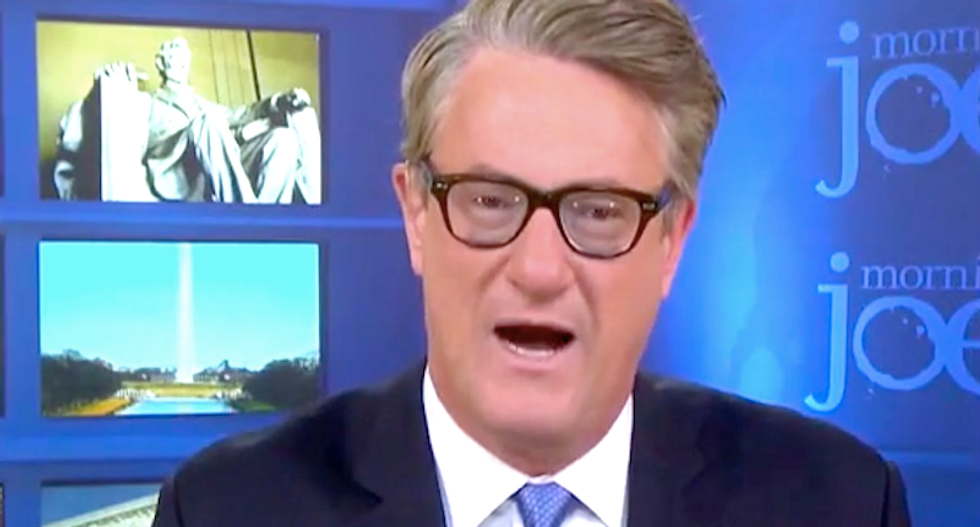 According to a New York Times report on the negotiations, the president reached an agreement with Senate Minority Leader Chuck Schumer (D-NY) but then let his staff override his decision.

"The president had a Chinese dinner with Democrats, talked once again about wanting to extend legal status to Dreamers, staff members quickly ran behind him again like he's so bumpkin, some idiot who doesn't know what he wants to do, rushed behind him, killed the deal again," Scarborough said.

The "Morning Joe" host said Trump had consistently signaled support for DACA recipients, but his aides and congressional Republicans kept killing any deal that involved extending their legal protections.

"The president this time kept staff members out of the room because they treat him like he's just a fool, like he's just an idiot, like he's a stupid, old, blubbery old man who doesn't know what he's doing, like he's the weakest leader on the planet," Scarborough said.

But once again, the president was overruled by his staff -- and Republicans are preventing other possible compromises from reaching a floor vote.

"The Republicans are stopping every one of these votes because they want to make a point, but they're not exactly sure what point they want to make because we have a president of the United States that is being led around by his staff who obviously think that he's not fit to be president of the United States, because he makes deals and they break them," Scarborough said. "So that's where we are this morning."