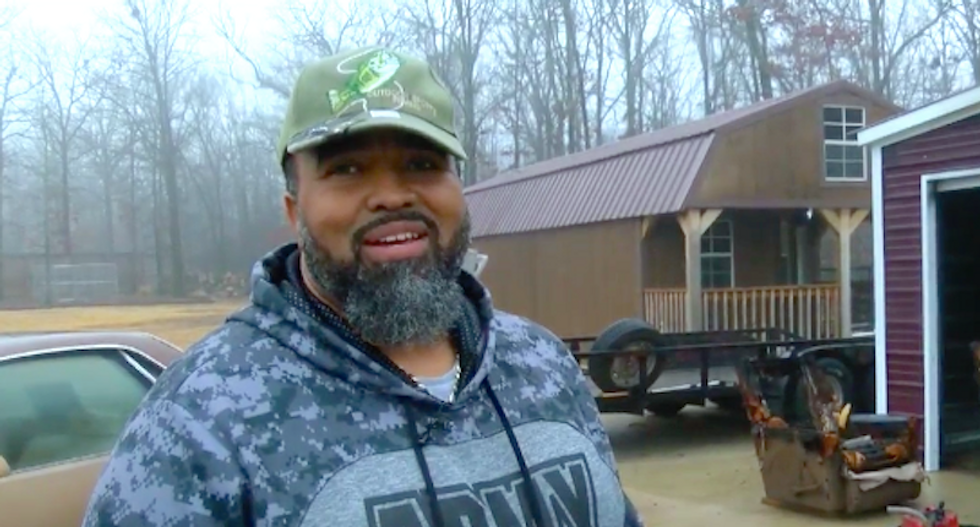 A black man says he's been targeted by violence and vandalism since moving to his central Arkansas home.

Fire destroyed Kevyn Fowler's garage last month, and he found the words "move n*gger" spray-painted on what was left of the door, reported KARK-TV.

"This would be the most hurtful part right here, to see your property defaced with that vile word," said Fowler, who added that everything in the garage was destroyed in the blaze.

It's not the first time Fowler has been targeted in his new neighborhood.

In August, a month after moving in, his family's 3-year-old English bulldog was found poisoned to death in her backyard cage.

A week later, one of his pickup trucks was stolen.

"I wonder what it is about me that is bringing them out the front doors to my property," Fowler said.

Police are investigating the incidents, but no suspects have been arrested.

Fowler said he chose the Little Rock suburb, where whites make up almost 58 percent of the population and blacks are about 33 percent, after finding what he thought was his dream home.

"If I could go in time to see the future it'd be something totally different," he said. "It's been a nightmare."

Fowler said he spent nearly all he had on the home, and he doesn't intend to leave.

"I'm not going to be bullied or ran off over ignorance," he said.