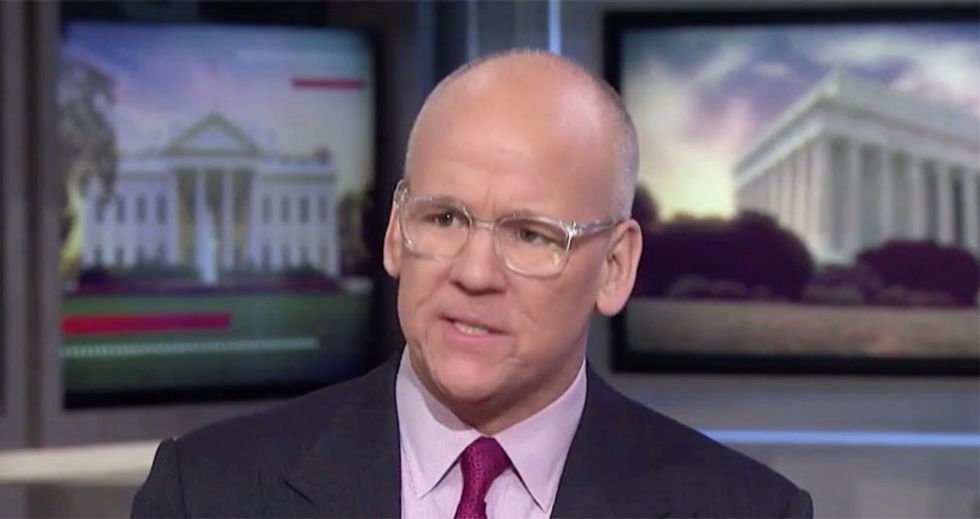 During a panel discussion, the political commentator grew incensed as he discussed the FBI pulling together political leaders to discuss their concerns about Russian meddling before the election, only to have the two Republicans claim they didn't want to get involved.

Jumping off from the New York Times' George Papadopoulos report that is now roiling the White House, the MSNBC analyst recalled the meeting that happened before the election.

"In September of 2016, Homeland Security Secretary Jeh Johnson and FBI Director Jim Comey and Homeland Security Advisor Lisa Monaco had a meeting with the Gang of 12 on Capitol Hill," Heilemann explained. "And they sat with them in the middle of September, in the middle of election and said, 'Guys, we're under attack by the Russians. We need to bring together both parties to take a very strong bipartisan position against this Russian intervention in our election.'"

"And Mitch McConnell and Paul Ryan sat in that room and said, 'We don't want any part of this, you're trying to politicize this, we're not not going to do anything to help you,'" he said with disgust. "It's one of the most grossly irresponsible and unpatriotic things that any two Congressional leaders have ever done -- certainly in my lifetime."

"But they turned a blind eye to this at a time when they could have done something in the middle of the campaign, so it's no surprise that they are not doing anything about it now, 13 months or 14 months later!" he accused.