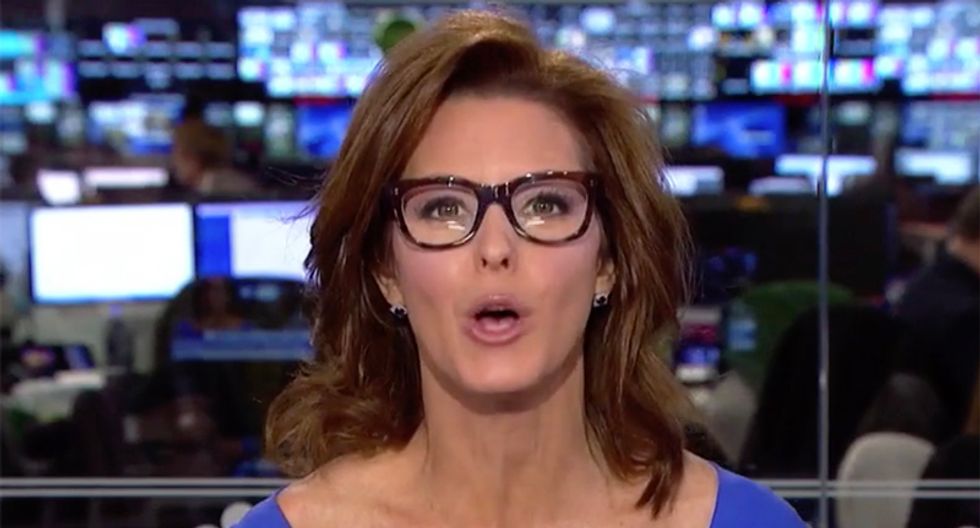 MSNBC host Stephanie Ruhle was incredulous on Tuesday that the revelation that President Donald Trump's personal lawyer formed a shell corporation in Delaware to pay $130,000 to an adult film star, for supposedly doing "nothing," seemed to be just another White House scandal that is disappearing from the news cycle.

"The Wall Street Journal, owned by Rupert Murdoch, said one of Trump's lawyers paid Daniels before the election," she continued. "The payment is said to have violated campaign laws. A group, Common Cause, argues the payments amount to a campaign expense since the purpose was to cover-up a potentially damaging story. By not disclosing the defense, the group argues the campaign broke the law."

"We should note, it is unclear whether or not the alleged payment was made with campaign funds," she detailed. "Daniels alleges that she and Trump had a romantic relationship in the early 2000's. However [Trump attorney] Michael Cohen dismissed the claims saying, quote, 'The Common Cause complaint is baseless, along with the allegation that President Trump filed a false report to the Federal Election Commission."

Joined by NBC News legal analyst Danny Cevallos, the MSNBC host joked, "First, have you ever paid $130,000 to somebody for no reason?"

"Uh, were not talking about me today, so technically no," the analyst deadpanned back.

Host Ruhle then looked at the camera and made her own proposal.