Nicolle Wallace: Trump has not read controversial Devin Nunes Memo — but he may have helped write it 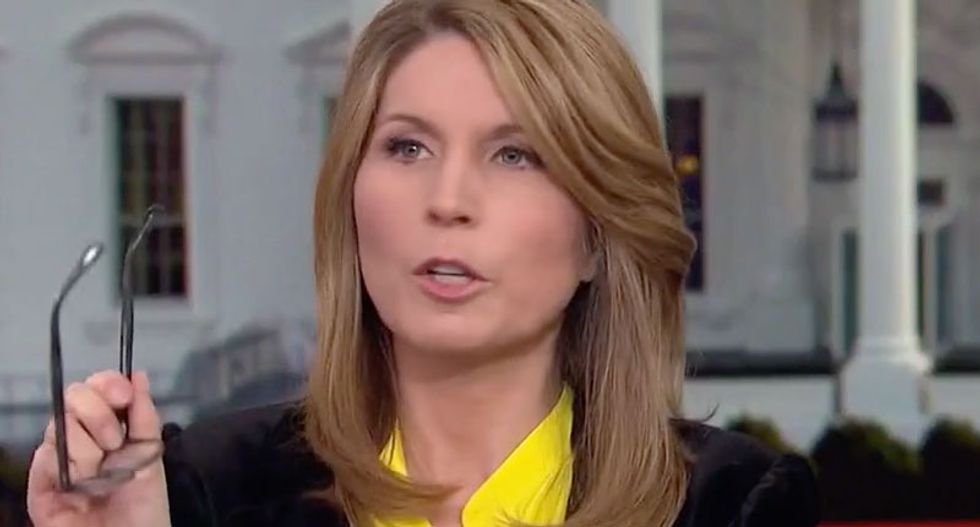 The controversial memo that House Intelligence Chairman Devin Nunes (R-CA) has been urging President Donald Trump to declassify may have been written by the White House, a panel on MSNBC's "Deadline White House" with Nicolle Wallace explained Wednesday.

"If you just look at the public comment so far, which is that [Nunes] won't answer the question and that the White House won't unequivocally say, no...when you see hedges like that in public, it often means the answer privately is yes, they did work together," Washington Post reporter Ashley Parker concluded. "But again to be clear, we don't know that definitively yet."

"It's certainly possible and certainly the history, Devin Nunes recused himself from the Russia investigation which was for doing this thing, collaborating with the White House to create a bogus charge back in a year ago now, right?" NBC News national-affairs analyst Jon Heilemann replied.

"So, if a precedent tells you anything, I have no basis, no factual basis to say that theory is true, but we have precedent for that theory being true because it's happened before," Heilemann concluded.