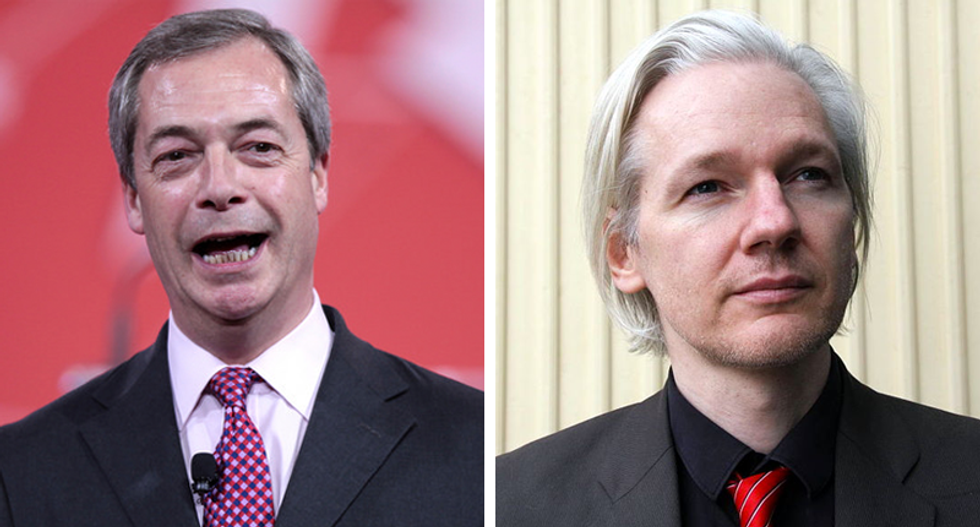 Simpson, whose company compiled the salacious Trump-Russia dossier alleging collusion between the president and officials linked with the Kremlin, said—under oath—that a source told him Farage handed over a cache of data to the WikiLeaks founder. Simpson also suggested the former UKIP leader visited Assange on more than one occasion, despite a spokesman insisting the pair only met once in March 2017.

“I’ve been told and have not confirmed that Nigel Farage had additional trips to the Ecuadoran [sic] Embassy than the one that’s been in the papers and that he provided data to Julian Assange,” Simpson told the House Intelligence Committee, according to a transcript released Thursday.

Assange’s WikiLeaks played a pivotal role in the 2016 presidential election, selectively releasing damaging emails from people close to Democratic candidate Hillary Clinton and the DNC in the lead-up to the election. Assange has denied that WikiLeaks was working as an agent of the Russia government, but US intelligence officials are investigating the degree to which the self-described transparency organization worked with the Kremlin.

As the Sun reports, Simpson told House intel members that WikiLeaks is the middle man to a "somewhat unacknowledged relationship" between Trump and the UKIP party.

"And so I have formed my own opinions that there was a somewhat unacknowledged relationship between the Trump people and the UKIP people and that the path to WikiLeaks ran through that,” Simpson said. “And I still think that today."