'Nobody talks about Hillary Clinton!': Kellyanne Conway melts down during off-the-rails interview with CNN’s Chris Cuomo 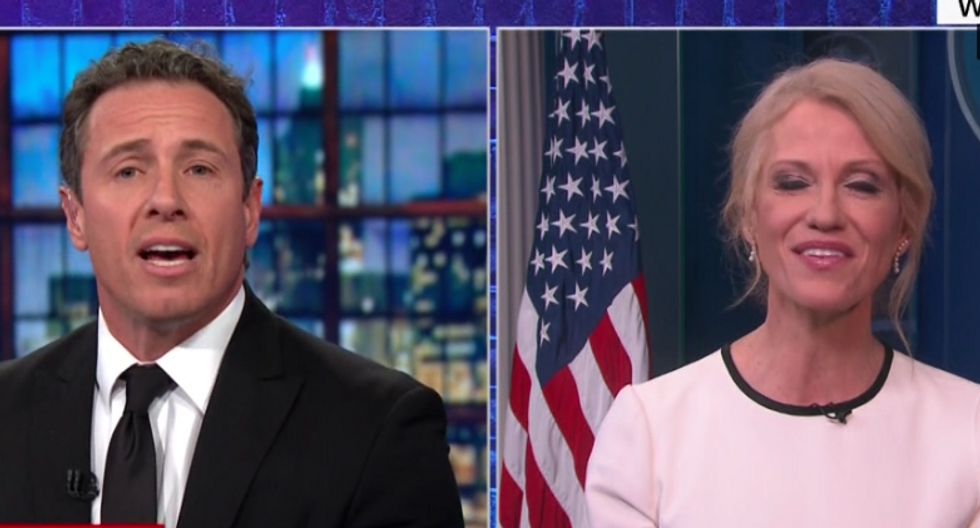 During an interview with CNN's Chris Cuomo, President Donald Trump's adviser and former campaign manager Kellyanne Conway rose her voice multiple times as the host made points she didn't like.

“The idea that we would have to look any further than Hillary Clinton to beat Hillary Clinton itself is a fantasy,” the former campaign manager said. “I didn’t need to talk to anybody in Moscow — I was talking to people in Mecklenburg County, North Carolina and Macomb County, Michigan.”

"There's no reason to have gone anywhere outside of Hillary Clinton and how unattractive her policies were," she said, adding that "so many people can't get over the election results."

"Says my friend who can't keep Hillary Clinton's name out of her mouth," Cuomo rebutted, causing Conway to melt down further.

"You just brought her up," the host responded. "Hold on a second. No shouting contest here."

Watch below, via CNN.