‘Not a coincidence’: Morning Joe shows how the GOP and Fox News are in cahoots to undermine Mueller 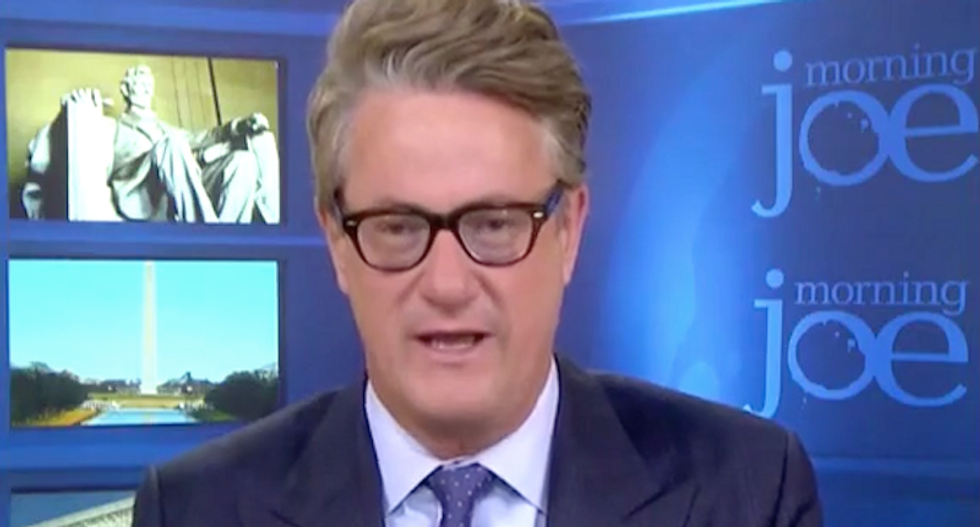 MSNBC's Joe Scarborough blasted Republican lawmakers and Fox News for cooking up conspiracy theories as they conspire to undermine the investigation of President Donald Trump's ties to Russia.

Sen. Ron Johnson (R-WI) claimed Tuesday a "secret society" within the FBI wanted to take down Trump, and Fox Business host Lou Dobbs called for "war" against the Department of Justice, as Rep. Devin Nunes (R-CA) pushed a memo he says proves a conspiracy against the president.

"You know, in the age of Trump, things come at us so quickly that it's important to step back and add some context yet again to what's going on right now," Scarborough said. "You actually have a Fox News host calling for war against the men and women of the Federal Bureau of Investigation, and calling for war against the men and women, the professionals who work at the Justice Department. At the same time, you actually have a GOP senator pushing out murky allegations about a secret society inside the FBI that is plotting a coup against Donald Trump."

The "Morning Joe" host said Republican efforts to undermine the special counsel probe were being assisted by the same foreign adversary at the center of the Trump-Russia investigation.

"This all happens on the day that they start a hashtag #releasethememo, in which Russian bots start going to push forward hashtag that the Freedom Caucus is trying to undermine the reputation of the men and women of the FBI," Scarborough said. "All on the same day, not a coincidence, that we find out that Donald Trump is going to have to testify under oath to Bob Mueller."