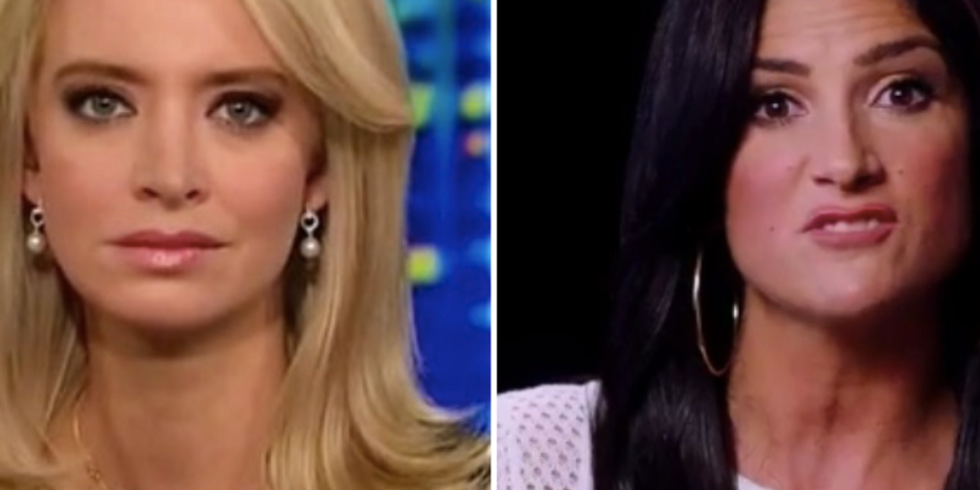 In a profile about Loesch as the controversial face of what some have called racially-charged rhetoric from the National Rifle Association (NRA), the Times' Laura M. Holson reported on insults Loesch volleyed at McEnany -- who is now the spokeswoman for the Republican National Committee (RNC).

After then-campaign surrogate McEnany chided a friend of Loesch's during a CNN segment for not being more wholeheartedly pro-Trump, Loesch lashed out.

During her radio show, Loesch laid into McEnany's comments as a personal affront.

“Who the hell is this chick?” Loesch demanded to know. “[W]ho is she? I had to look her up because I didn’t know who she was."

She went on, "Beyond having her lips overdrawn, so she could repeatedly appear on cable news as a talking head for a particular issue, this chick has not been in any sort of battle, nor has she ever been on the frontline in anything ever, so you can back up."

“Baby cakes," Loesch ranted, "this was more than just going on television and flashing your pearly whites and your flat chest, red dress, over-sprayed bleach blond hair while you sit and preach all this stuff about who is or isn’t a conservative? You like Trump -- let me act like him for a minute. I bet you love me now.”

At the time, McEnany was recovering from a preventative double mastectomy, which she underwent after learning she is genetically disposed to cancer.

Loesch, the Times said, has never apologized for the incident.