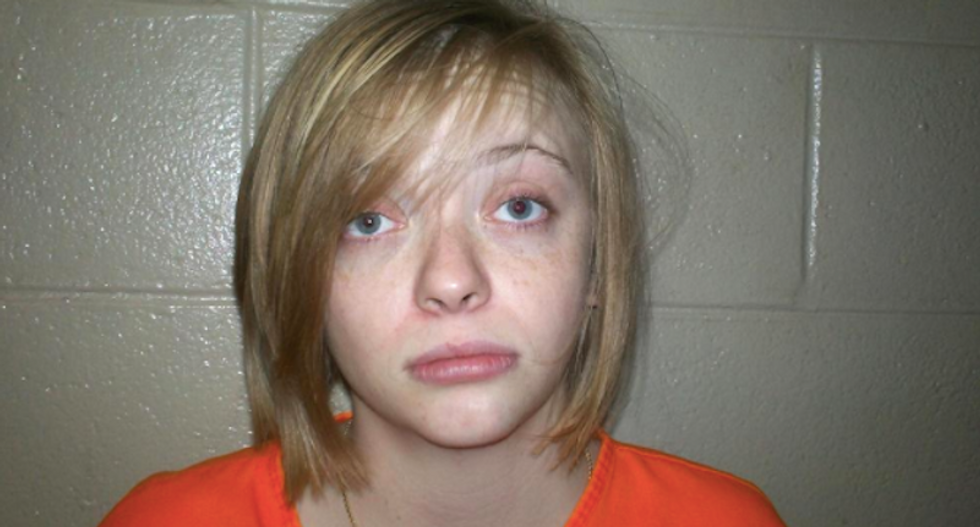 An Oklahoma woman died in jail from injuries she had suffered the day before in an apparently drunken crash.

Thasha Prindle was found unresponsive early Christmas Eve at the Latimer County Detention Center, where she was being held on drunken driving charges, reported KFOR-TV.

The 21-year-old Wilburton woman had crashed into a house around 6 a.m. on Dec. 23 and was arrested on suspicion of driving under the influence, and also cited for not wearing a seat belt.

Prindle was taken to Latimer County General Hospital for treatment of unspecified injuries after the crash and then booked into jail, where she was found unresponsive the following morning at 5 a.m.

She was pronounced dead 15 minutes later, and the medical examiner announced Thursday that she had died from injuries suffered in the crash.

Investigators said Bettes had lacerations to his wrists and neck when he was found dead in his cell.