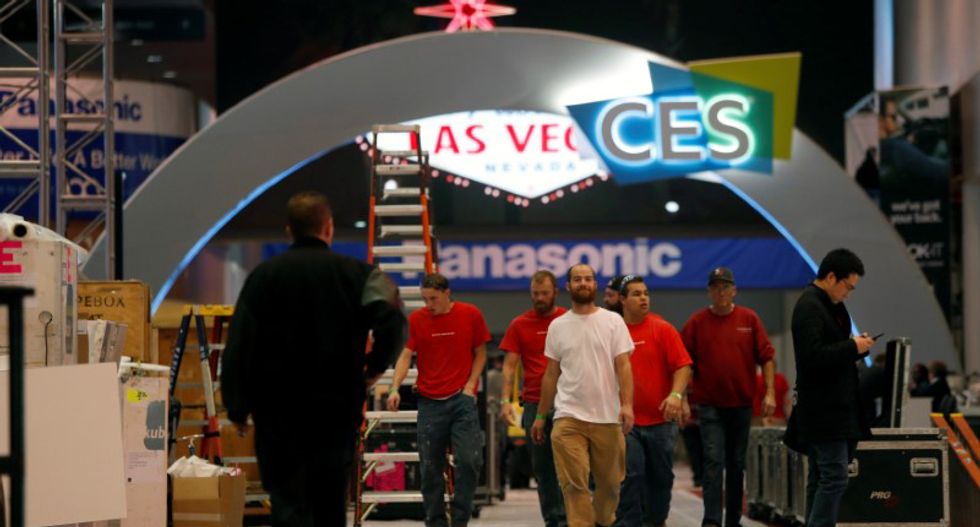 The technology industry's premier annual gathering kicks off next week with no women leading the keynote sessions and no code of conduct that might prevent incidents of sexual harassment, despite efforts by organizers to cast the show as a more inclusive event.

CES, the showcase for the latest consumer electronics from televisions to self-driving cars, is known for mostly male attendees and female models known as 'booth babes' showing off the new technology.

It has attracted criticism for not making itself more welcoming for women or toning down its sexualized atmosphere even as the issue of harassment and assault has grabbed headlines in the last six months and propelled the #MeToo movement into life.

"The fact that this large global gathering of tech leaders is totally ignoring this issue makes them completely tone deaf and irresponsible," said Liliana Aide Monge, chief executive of California coding school Sabio, who is skipping CES for the second year in a row because of the lack of women and minority speakers.

The organizers of CES, which opens its doors to nearly 200,000 attendees in Las Vegas on Tuesday, drew criticism last month from executives at Twitter Inc and other tech companies for a keynote list dominated by white men. CES made a concerted push to diversify its entire speaker lineup, but ultimately failed to find a high-ranking female executive for an individual keynote address.

"To keynote at CES, the speaker must head (president/CEO level) a large entity who has name recognition in the industry," said Karen Chupka, who oversees the event as senior vice president at the Consumer Technology Association (CTA), in a blog post a month ago. "As upsetting as it is, there is a limited pool when it comes to women in these positions. We feel your pain. It bothers us, too. The tech industry and every industry must do better."

On top of that, CES also will go forward without creating a code of conduct, a mechanism several conferences in technology and other industries have adopted in recent years to set rules for behavior for attendees, from guidelines on using inclusive language in presentations to requirements that attendees wear name tags at all events, even after hours, to deter misconduct.

"It’s sad that CES doesn’t have a code of conduct,” said Y-Vonne Hutchinson, founder of ReadySet, a diversity-focused consulting firm. "They have a lot of influence. If they’re choosing not to leverage that to promote diversity and inclusion at large, that communicates to the rest of the industry that maybe it isn’t as necessary as we keep saying that it is."

Evidence of the effect on shows’ safety and tone is mostly anecdotal, but several conferences with these codes, including hacker convention DEF CON, CoreOS Fest and Cloud Foundry Summit, say they have removed attendees after reports of harassment.

The stakes are high for the technology industry, rocked in the past year by a sexual harassment scandal at Uber Technologies Inc [UBER.UL] and misconduct by some prominent Silicon Valley investors.

The organizers of CES say they expect attendees to heed their own companies’ standards of business conduct and will kick out anyone who behaves poorly, but will not introduce a set of guidelines.

"We don’t necessarily have specific rules because we assume everyone will be held accountable to the standards of being in an office,” said Chupka.

“Unacceptable” behavior would be addressed by the executive team and legal counsel as necessary, the CTA said. “We have the right at any time to revoke a show badge and/or trespass an individual.” CES notes that it has received no reports of sexual harassment at the event in recent years.

Women subjected to uncomfortable situations at or near past CES gatherings told Reuters that they did not report incidents because they were too used to it or did not recognize there was a way to do so.

To change that thinking, the show is debuting a security app that lets attendees report issues from crimes to broken elevators. While there will be no effort to promote the app specifically as a way to report sexual harassment, attendees may do so, and CES said its lawyers will be ready to act.

The need for a code of conduct became apparent at Finland's Slush tech startup event in 2016 when multiple women spoke up about being inappropriately touched and receiving unwanted propositions for sex by male attendees as well as being ignored by investors who were only interested in working with male entrepreneurs.

The following year, it doubled security, trained staff on how to handle reports of harassment and instituted a code of conduct, including a requirement to wear name badges at all times as a way to make it easier for attendees to identify a harasser.

A similar approach has been adopted by some in the U.S. tech industry. Salesforce.com Inc's Dreamforce event, second only to CES in attendee numbers, added a code of conduct in 2014, while film, tech and music conference South by Southwest added one in 2016. Meanwhile, large conferences run by Oracle Corp and RSA Security have not adopted such a code.

It remains to be seen if CES's lack of a code of conduct will prove costly.

Las Vegas' reputation for excess is part of the problem, said Liz Lopez, a tech marketing professional who has attended several industry conferences in the city.

“People are over the edge in their behavior when they’re in Vegas,” she said.