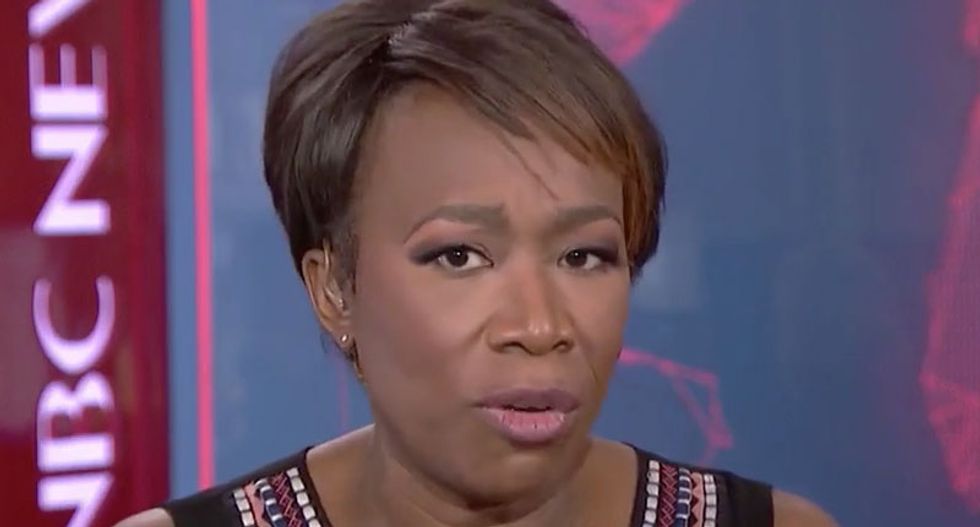 The question of President Donald Trump's racism was the focus of MSNBC's Live on Friday.

Anchor Katy Tur began the segment by noting, "today the world is asking, 'Is the President of the United States a racist?'"

"Hallie, I want to start with you because you were on the campaign trail with me ... I want to get a sense from you what it's like inside the White House today and what your sources are saying about whether or not he did in fact say these things," Tur questioned.

"Let me tell you the newest thing we have learned, which is my reporting, along with Geoff Bennett at the White House unit, that the president was working the phones after all of this coverage happened late last night on the s-hole remarks looking for essentially reassurance, I'm told by one source familiar with the calls, and also told his mood was belligerent -- not at the people he was calling, but at coverage at the fallout overall," Jackson reported. "He was apparently, according to another source, looking for some insight into how all of this might resonate with his base."

Joy Reid, host of AM Joy on MSNBC, was asked for analysis.

"You know, I find that interesting that the Republican senators are refusing to comment, no one is calling Dick Durbin a liar, because does anybody disbelieve Donald Trump said exactly what he said? His entire history is replete with racism," Reid explained.

"He was racist against Barack Obama for the entirety of Barack Obama's presidency and was a birther -- was one of the original, OG birthers --which was a racist smear against the President of the United States," Reid concluded.

"Donald Trump's whole history says he said it, yeah he said it, of course he did," Reid concluded.

"Let me just say to Donald Trump, who does watch a lot of TV, and apparently one can communicate to him through the TV, when my mother got here in 1960 ... she didn't come here to steal from the American people or to be on welfare, she came here to get a Ph.D., as did my father, who came here to get an education," Reid explained. "My family has done a lot for this country."