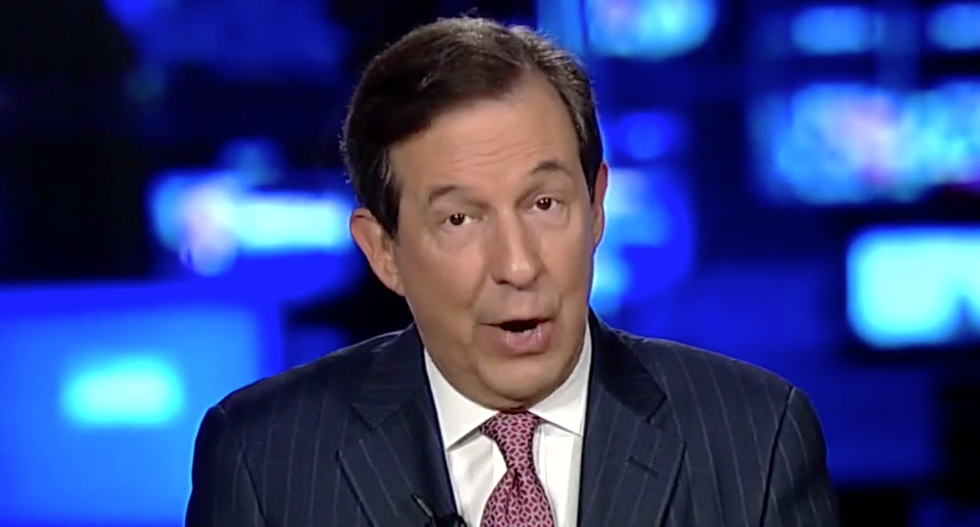 Trump made the assertion Thursday during an Oval Office meeting on immigration. As the Washington Post reports, while discussing immigrants from Haiti, El Salvador and African countries, the president asked, “Why are we having all these people from sh*thole countries come here?” He also reportedly demanded the removal of Haitians from the United States, according to people who were present at that meeting.

Trump on Friday denied ever saying “anything derogatory about Haitians other than Haiti is a very poor and troubled country,” insisting Democrats “made up” his demand to “take them out.”

“[Trump] alleges that he didn't make the remarks but as somebody who covered the White House for six years, you really have to fine-tune,” Wallace explained. “And the specific thing he denies, he said, was, ‘Why do we need more Haitians? Get them out.’ He has not specifically denied his very incendiary remark about we don't need more people from these s-hole countries.”

Wallace noted that Sen. Dick Durbin (D-IL), who was present at the meeting, told reports that Trump is lying and did make those remarks.

Referring to Trump’s denial Friday morning, Wallace said, “Look, you just have to use some common sense here. The president made these remarks, the meeting with Dick Durbin and other people was yesterday morning in the Oval Office. The word very quickly got out.”

“They had what, I think it's now been about 18 hours since then to specifically deny it?” Wallace continued. “It was all over cable news last night on all the channels. And it was never denied. The only thing that the White House said was that some politicians fight for foreign countries, this president fights for America. Very praise-worthy statement, but didn't in any way deny the comments that the president allegedly had made. So just common sense, you got to say, if he didn't say it … It took until the president tweeted this morning.”

“It was a dumb remark,” Wallace said. “But I have to say, in all fairness, it is a parking ticket compared to what the president allegedly said.”

“He said, I didn't use the language they quoted,’” Wallace said. “… It is kind of an extraordinary moment when we have to caution viewers about language that the president apparently said in the Oval Office, writing off whole countries and a whole continent, Africa. It is pretty extraordinary.”