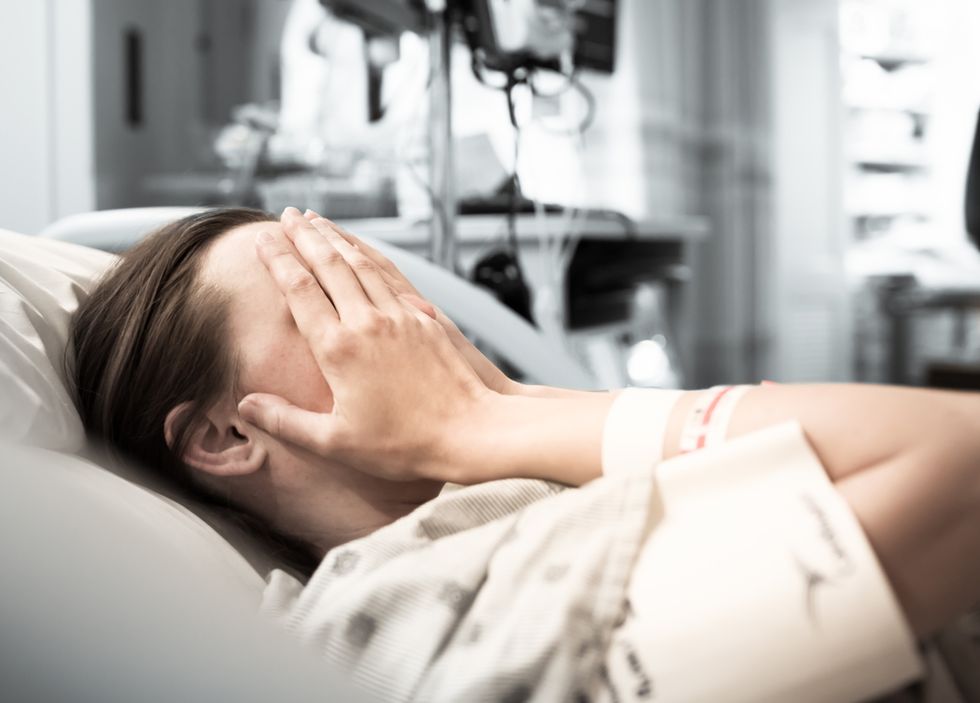 New Scientist magazine has called 2018 "The Year of the Flu" because this year's influenza outbreak is showing signs of being the most lethal and severe since the 1918 "Great Influenza" pandemic that infected a third of the world's population and killed between 20 and 50 million people.

People can acquire immunity to flu strains through contracting the virus or receiving a flu shot, but the virus is constantly mutating and multiple strains often circulate simultaneously. Strains of influenza are categorized by two letters, 'H' and 'N," which stand for hemagglutinin and neuraminidase, two proteins in the surface structure of the virus.

New Scientist's Deborah MacKenzie wrote, "A record number of flu strains are currently circulating, two in the influenza B group and two influenza A strains, H1N1 and H3N2. H3N2 is the real problem. Our strongest immunity is to the first kind of flu we caught. Between 1918 and 1968, no H3N2 viruses circulated as winter flu, so people born before 1968 have weaker immunity to it."

Four times as many deaths occur in flu seasons dominated by H3N2, says the National Institute of Health (NIH) and elderly people are typically among the most vulnerable.

"This year’s H3N2 seems to be especially severe: in Australia in the winter just past, it caused more than three-quarters of all flu cases (see diagram)," MacKenzie said, "and more than 2.5 times more people than usual sought medical help. The likelihood of dying was relatively high, with most deaths among elderly people -- although not all."

The 1918 flu pandemic killed healthy adults as well as the elderly and very young. A pandemic is when a virus emerges that isn't the normal variation of the previous year's mutation, but a completely novel mutation against which the broad population has no immunity.

"In 1918, many people over 71 were also protected, since a related winter virus seems to have circulated before 1847," MacKenzie wrote. "But the Spanish flu was a bird flu that learned to transmit between mammals, and was equipped with fast gene-replicating enzymes that were adapted well to birds, but deadly in mammals. Young adults especially died in droves."

The 1918 flu killed its victims via their own bodies' attempts to defend against it. Patients drowned when their lungs filled with blood and other fluids as their systems frantically tried to fight off the invading virus.

Victims' lungs would become so degraded that air would escape into their other tissues, causing syndromes called pneumomediastin and subcutaneous emphysema. Nurses named the syndrome "Rice Krispie skin" because the bubbles of trapped gas under the skin would raise blisters in the flesh that crackled when patients were moved.

Scientists are still struggling to understand what makes some flu viruses more lethal than others. The key seems to be a combination of the virus' own built-in weaponry and our immune system's ability to recognize the virus as a threat and take action against it.

Derek Smith at the University of Cambridge told New Scientist that this year's H3N2 -- nicknamed the "Aussie flu" -- strain could be taking advantage of both.

Fortunately, the Aussie flu -- while highly infective and severe -- is not expected to be as lethal as the 1918 pandemic, but it could be enough to wake the world to the threat posed by a disease that most people think of as an inconvenience, not a lethal threat.

A killer pandemic is on the way, however.

MacKenzie said, "The real problem, say epidemiologists, is that flu is so familiar. It can be mild -- except when it isn’t. Until we recognize flu for the killer it is, we won’t do better at stopping it."

As thousands of Americans took to the streets to protest the U.S. Supreme Court, two Floridians got in trouble at a health clinic that offers abortion.

"A few hours after the Supreme Court announced its monumental ruling overturning Roe v. Wade on Friday, a small group of anti-abortion activists stood in front of the only Polk County clinic that offers the procedure. Soon after that, two of them were in the back of Lakeland Police Department vehicles," The Ledger newspaper in Lakeland reported Friday.

Donald Trump's conflicting statements on the Supreme Court overturning Roe vs. Wade combine to paint a sacrilegious portrait of the former president, according to an analysis in New York magazine.

After the court released its Dobbs vs. Jackson Women’s Health Organization, Donald Trump told Fox News that, "God made the decision."