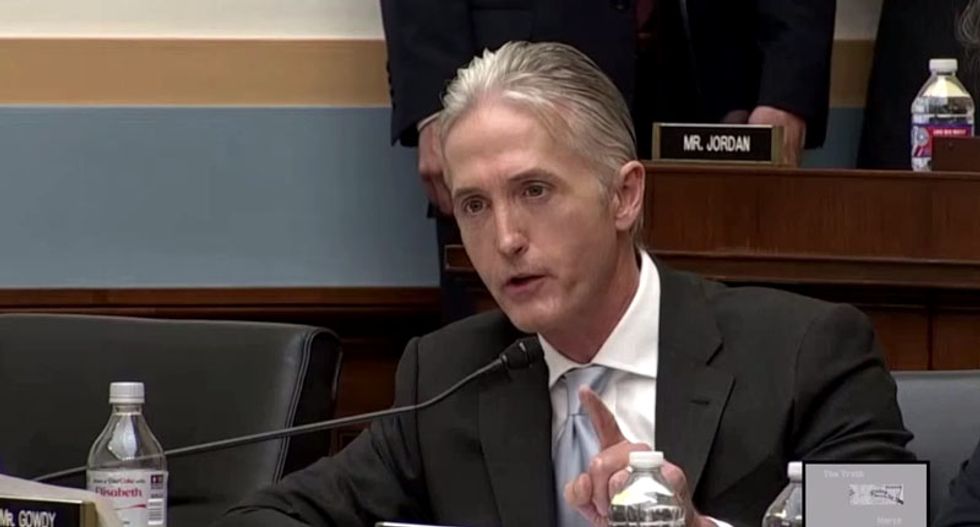 Rep. Trey Gowdy (R-SC) announced his retirement from Congress shortly after some of his Republican colleagues were in a train wreck involving a garbage truck.

The South Carolina Republican abruptly announced Wednesday he will not seek re-election in November but will instead return to the justice system.

"Whatever skills I may have are better utilized in a courtroom than in Congress, and I enjoy our justice system more than our political system," Gowdy said. "As I look back on my career, it is the jobs that both seek and reward fairness that are most rewarding."

The 53-year-old Gowdy, a former district attorney and federal prosector, has represented South Carolina's 4th congressional district since 2011, when he was elected as part of the Tea Party wave.

Gowdy chaired the United States House Select Committee on Events Surrounding the 2012 Terrorist Attack in Benghazi from 2014 to 2016, and he called for the prosecution of Hillary Clinton during the 2016 campaign.

He has chaired the House Oversight Committee since the abrupt resignation of former GOP Rep. Jason Chaffetz (R-UT).