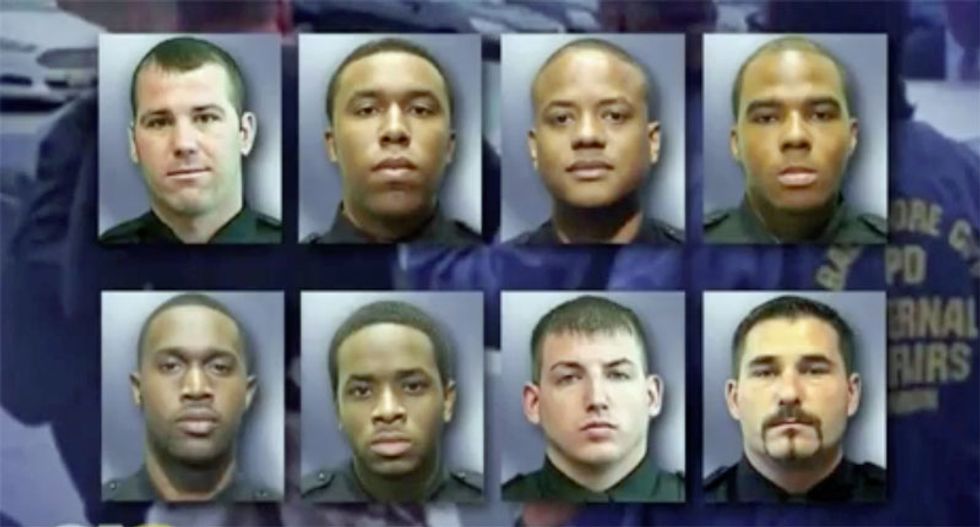 The start of a federal corruption trial against former members of the Baltimore Police Department's elite Gun Trace Task Force featured shocking testimony from a fellow officer documenting a pattern of crime, The Baltimore Sun reported.

“The Gun Trace Task Force wasn’t a unit that went rogue,” Assistant U.S. Attorney Leo Wise said in his opening statement. “It was a unit of officers who had already gone rogue.”

Four of the former officers who pleaded guilty are expected to testify against the defendants.

Former Detective Maurice Ward was the first to take the stand.

Ward testified members of the Gun Trace Task Force kept BB guns in the trunks of their vehicles “in case we accidentally hit somebody or got into a shootout, so we could plant them.”

Ward also testified the officers used illegal GPS trackers and that Sgt. Jenkins would identify himself as a federal agent and would profile “dope boy cars” such as Honda Accords, Acura TLs and Honda Odysseys.

Ward explained how interrogations of drug suspects would be used to decide which drug dealers to rob.

“If you could put together a crew of guys and rob the biggest drug dealer in town, who would it be?” Jenkins would question.

Justin Fenton, crime reporter for The Baltimore Sun, reported on one of the visual aids that prosecutors used at the start of the trial.

Prosecutors dumped out a giant black bag, like a hockey equipment bag, onto the floor that apparently belonged to J… https://t.co/Cz8gyCCJHl
— Justin Fenton (@Justin Fenton) 1516744961.0

The trial will resume on Thursday.