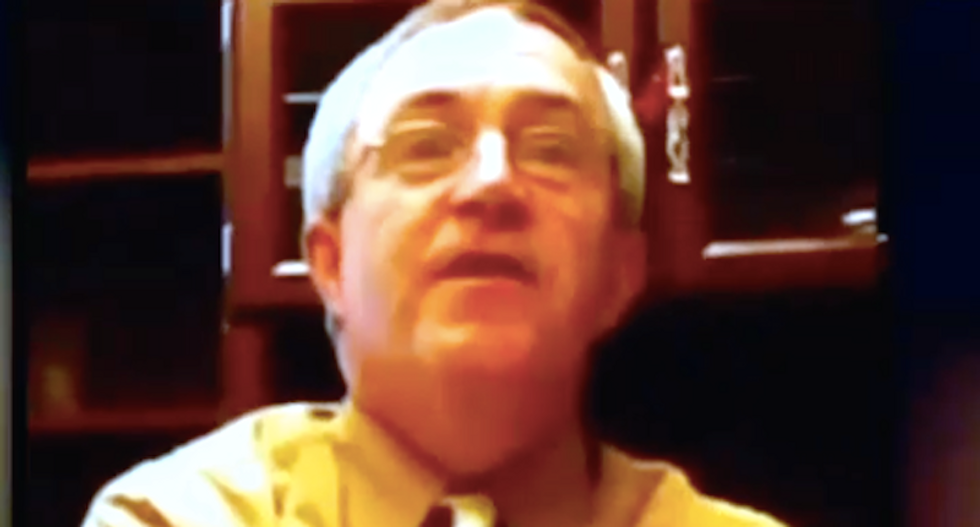 Joseph Brennan Jr. retired this week after a 40-year career at Bishop Hendricken High School in Warwick after the video clip was anonymously emailed to WPRI-TV and the president of the local NAACP, reported the Providence Journal.

“That way, I could take care of the n*ggers and the k*kes,” Brennan says in the undated clip.

It's not clear who Brennan was talking to or what was said before or after his statement.

“The video clip, which is under review, has no context and Mr. Brennan was being secretly recorded,” the school's president, John A. Jackson, told parents in an email. “But clearly the language is inappropriate. We will not tolerate inflammatory language in any context.”

Local NAACP president Jim Vincent said the principal's language was unacceptable regardless of the context.

“I just don’t think a person of that authority should be talking like that. No matter where. No matter when,” Vincent told WPRI. “It hurts. It’s painful. It conjures up a past that was horrific for people both in the black and the Jewish community.”

“Racism is a sin, a grave sin, and expressions of racism will simply not be tolerated by any employee of the Diocese of Providence, its agencies or institutions” Tobin said.

Brennan was honored in 2016 at the White House as one of the nation's top educators.

“This seems completely out of character for a good man who has the reputation of being a fine Christian gentleman and an exemplary Catholic educator,” said Tobin, who apologized for the principal's remarks.