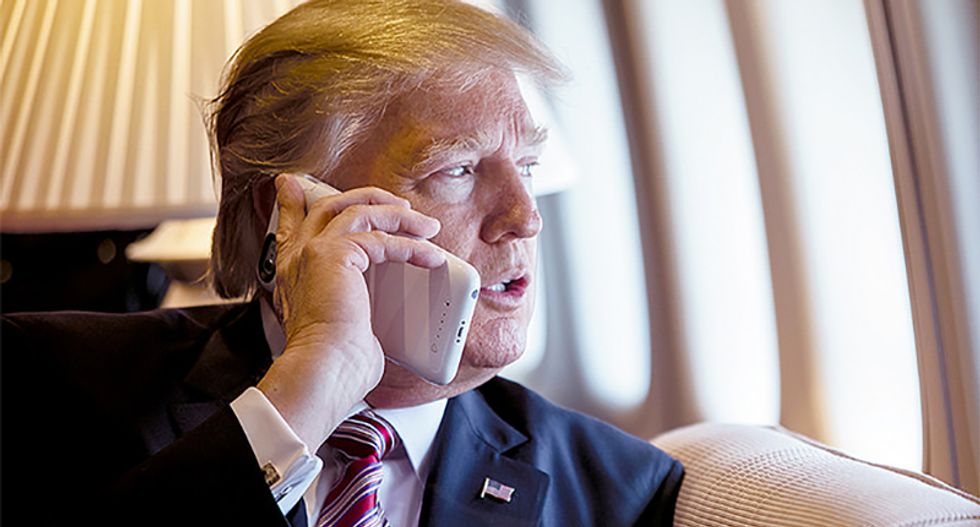 The White House's plans for President Donald Trump's State of the Union address have been scuttled by the uncertain nature of the government shutdown and questions about how long it will last, said Politico on Sunday.

"With the midterm elections looming and the president polling poorly, some of Trump’s advisers had counseled him to use the speech to map out a more middle-of-the-road approach to the year ahead," wrote Politico's Andrew Restuccia. "But the shutdown has poisoned the chances of bipartisan legislative breakthroughs on Capitol Hill and deeply damaged the president’s relationship with Democrats."

White House senior adviser Stephen Miller has been quietly drafting sections of the speech for weeks, but the impasse in Congress about immigration policy has changed the terrain.

A White House official told Politico that plans for how to address the stalemate are currently "in flux."

“Now is a natural time for the president to pivot from partisan activities to bipartisan activities. But the shutdown is all about partisan politics,” the official said, warning that Trump's frustration with the situation could well bleed over into the text of the address.

Later this week, Trump is scheduled to fly to Davos, Switzerland to tout his success passing a tax plan before the World Economic Forum -- a glittering gathering of some of the world's wealthiest and most powerful people.

"But he is now caught up in a domestic drama that threatens to overtake both the trip and the Jan. 30 address," Restuccia wrote.

Aides say that the speech will definitely address issues of immigration and national security, but the rest is largely uncertain. The administration had hoped to use the speech to tout Trump's ambitious infrastructure plan, but that plan could be hobbled by the lack of bipartisan consensus in the wake of the shutdown.

Parts of the speech have been circulated among White House staff including chief of staff John Kelly and other senior aides.

"The exact contours of Trump’s message on immigration during the speech will depend on how long the shutdown drags on and whether Republicans and Democrats can reach a deal to protect hundreds of thousands of undocumented immigrants who entered the United States as minors," Politico said. "Still, aides said Trump is certain to talk about the need for building a wall along the U.S.-Mexico border and for beefing up border security."