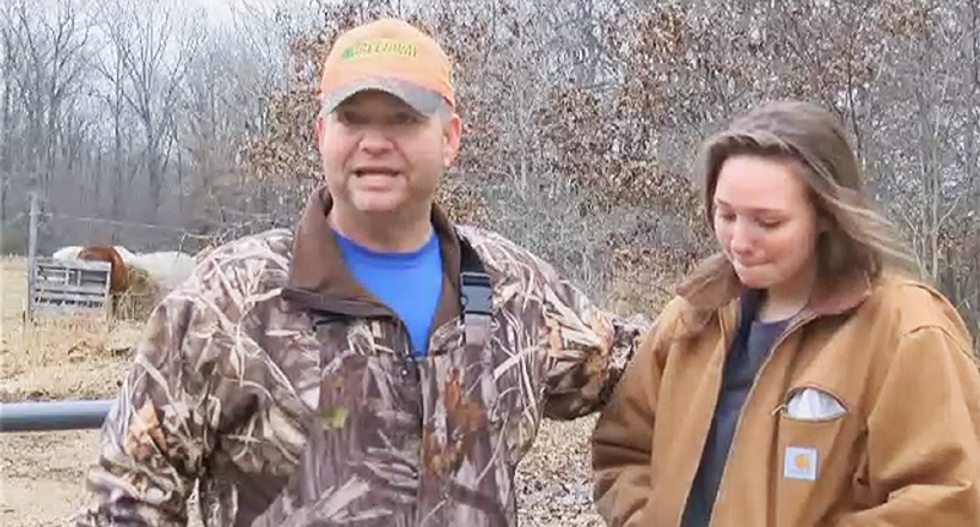 An Arkansas family woke one morning to find all of their livestock dead from unidentified wounds.

According to WREG, the Woodruff County family quit for the day at approximately 7 p.m., When they woke the following morning to begin the morning farm routine, they discovered their animals had been slaughtered.

The Woodruff County Sheriff's Department posted on Facebook calling it a "massacre" at the farm in the Pumpkin Bend community.

"Fenced animals including goats, an alpaca, and a calf were slain," Sheriff Phil Reynolds stated. He also said they're offering a $500 reward for information that leads to an arrest and conviction of the people responsible.

William Wiggins and his daughter have spent 10 years raising and caring for the farm animals as if they were part of the family.

"We loved on them, fed them bottles, took them in the house when they were sick," Wiggins told WBRC. "Everyone knows how much they love their dogs and cats, imagine losing a whole herd of them at one time."

"When you show up at the pen to check on them in the morning time and every one of them laying in the pen is dead from some type of wound, we all cried," he continued.

Reynolds called the criminals cowards and described it as an abhorrent crime.

"Whoever cowardly did this heinous act to animals as innocent as these in captivity, they will be punished to the extent of the law in the fullest," Reynolds said.

Since the post first went up on Friday, Reynolds said that the community has seen an "outpouring of support."

"We appreciate each and every one of you. Tuesday morning we will be setting up an account at Merchant and Planters Bank in McCrory," Reynolds posted on Facebook. "The account name will be Wiggins Reward Fund. Once again, we want to thank each one of you for your thoughts and concerns as we investigate this matter."