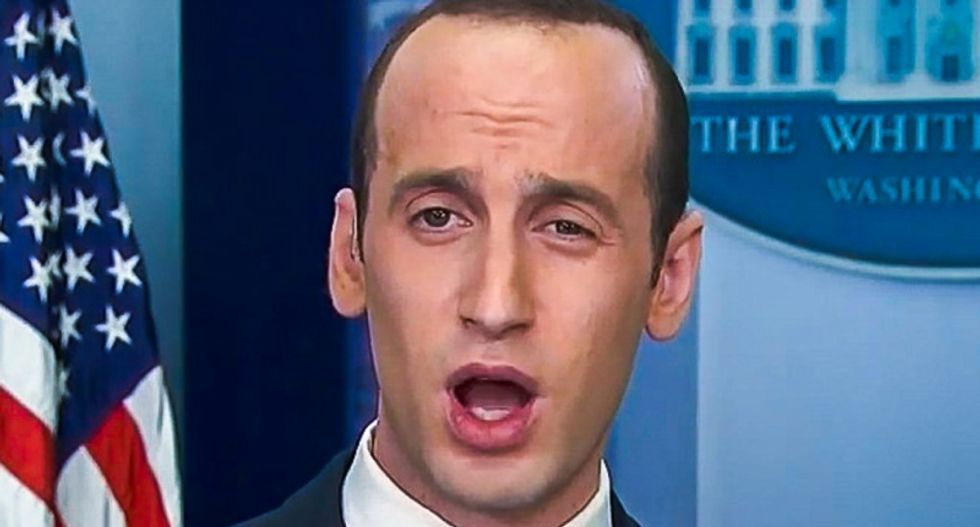 After his interview with CNN's Jake Tapper was cut short on Sunday, White House aide Stephen Miller refused to leave the set and had to be escorted out, according to Business Insider.

Miller spent his segment on "State of the Nation" deflecting questions and attacking the network until finally Tapper cut him off, saying, "I've wasted enough of my viewers' time."

Two sources told Business Insider that as the network went to a commercial break, Miller was asked to leave several times, but refused.

Finally, security officers were called who escorted Miller from the premises.

Miller's interview was praised by his boss and panned by virtually everyone else, including a Fox News panel which recoiled from the adviser's obsequious show of devotion to the president.

Here’s a transcript of at least part of the not-seen-on-TV conversation between Stephen Miller and @jaketapper duri… https://t.co/XGYKMcnk16
— Arden Farhi (@Arden Farhi)1515426319.0