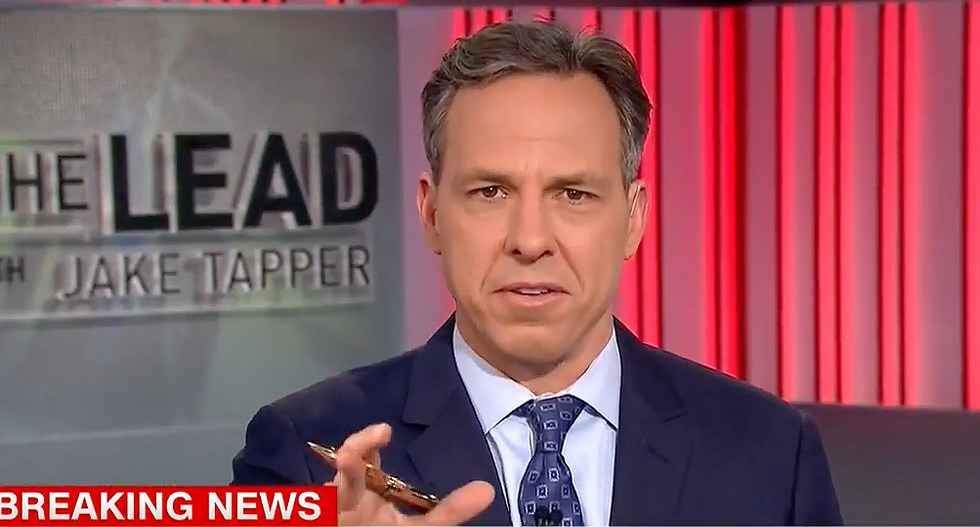 Huckabee Sanders made that comment during Wednesday’s press briefing, while trying to stymie questions about the explosive new Mike Wolff book Fire and Fury: Inside the Trump White House.

“We're certainly happy for people who have different opinions, but there's a difference between different opinions and different facts,” Huckabee Sanders said. “And people are entitled to an opinion, but they're not entitled to their own facts. And we have a big problem with people putting out misleading information. Those are very different things.”

“That was White House press secretary Sarah Sanders today pushing back on the scathing book by Michael Wolff about the Trump administration, suggesting that people are entitled to their own opinions, but not their own facts,” Tapper began during a special segment of “The Lead” Wednesday night.

“Just a reminder, Sarah,” Tapper continued, before breathless listing off a sampling of some of Trump’s most egregious lies: “The president claimed with no evidence that 3 to 5 million people voted illegally in the 2016 election, that Ted Cruz's father was involved in the Kennedy assassination, that thousands of Muslims in New Jersey were seen on TV cheering after the 9/11 attacks and that President Obama wasn't born in the United States, which, of course, he was.”

“But, I’m sorry, you were saying something about misleading information and a need to stick to facts?” Tapper asked.

American fast-food giant McDonald's will exit the Russian market and sell its business in the increasingly isolated country, the company said Monday.

Many Western businesses have pulled out of Russia since its invasion of Ukraine in February.