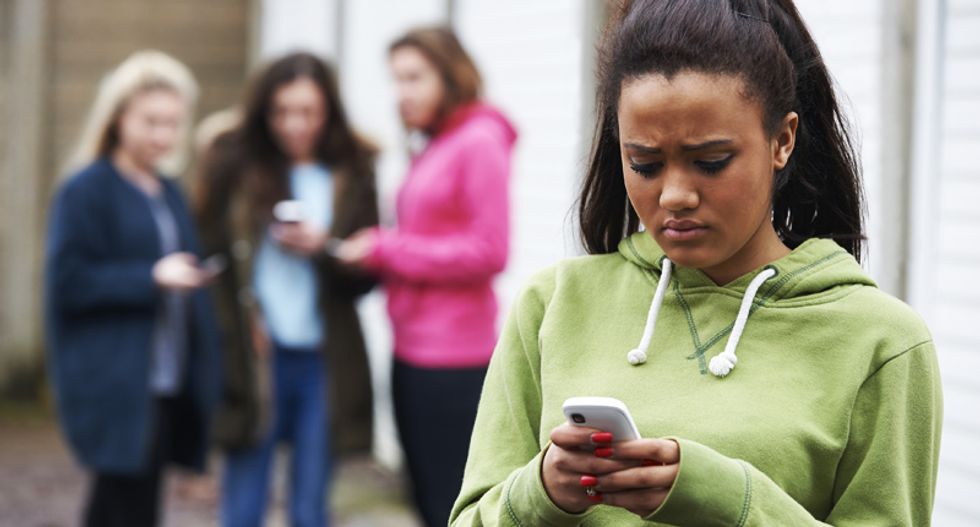 A female student at South Hadley High School in Massachusetts is facing fierce backlash after she posted racist videos on SnapChat where she disparaged black Americans and the LGBT community.

MassLive.com reports that the student originally shot a video of herself standing in front of an American flag and attacking black people.

"Black lives don't matter, they should be out there picking my cotton, and they should do my f*cking work for me," she said in one of the videos.

"I'm not a piece of sh*t," the student said in another video. "And any queer, any black person, that's a piece of sh*t because black people literally look like sh*t."

South Hadley High School Vice Principal Patrick Lemiuex tells MassLive.com that the school is weighing discipline for the student, although he said that the video was not recorded on school grounds and was not directed at any specific student.

South Hadley High School senior Amirah Sheehan-Miles tells MassLive.com that the racist video spread like wildfire among students on Monday, and its contents angered many of her fellow classmates.

"What she said affected a lot of people in our school," she said. "Today in all of my classes I heard people talking about it. Everyone was really mad about it."

Watch a censored version of the video below.