‘The president is a child’: MSNBC’s Joe and Mika rip Republicans for ‘sucking up’ to Trump at Mar-A-Lago 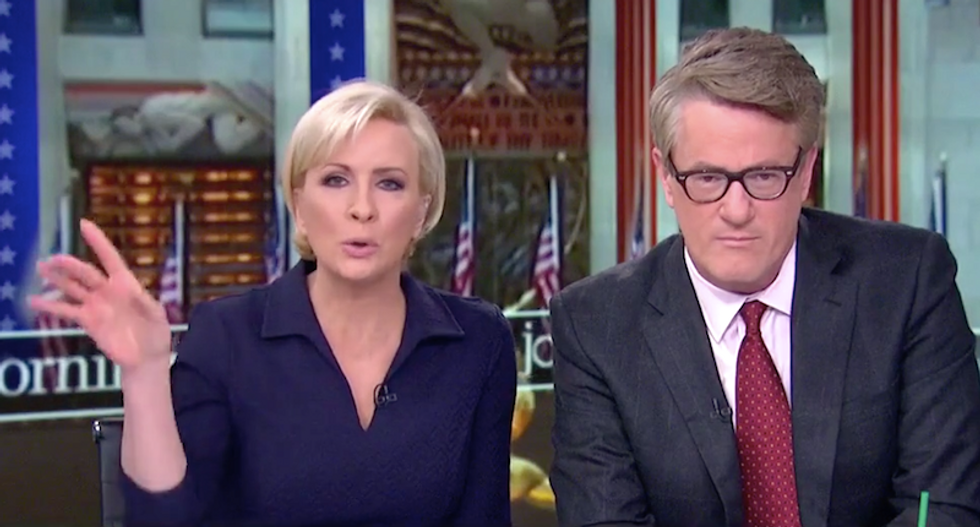 MSNBC's Joe Scarborough and Mika Brzezinski urged Democrats to stop negotiating with President Donald Trump, and force Republicans to own their mistakes.

The president headed back to Washington, D.C., from his Florida resort Mar-A-Lago with an immigration deal that's "probably dead," according to Trump, and a government shutdown looming unless Republicans can agree on funding.

"Republicans, you need to be better parents," Brzezinski said. "The president is a child, and running after him and sucking up to him at Mar-A-Lago is not going to help you. I don't know if you are interested in going in there and seeing the spiral staircase and the gold and the mirrors on the wall. It's not worth it, you need to parent him. Don't show up. Tell him you're not going to show up until he shapes up."

Scarborough said Democrats should refuse to negotiate with Republicans unless they offer policies that voters have made clear they want.

Trump is blaming Democrats for the apparent failure to reach a deal on Deferred Action for Childhood Arrivals, but Scarborough said the president and Republicans aren't negotiating in good faith.

"Don't give them a single vote unless they give you a clean bill on Dreamers," he said. "If you do, let me say again, you are too weak and too spineless and too stupid cowardly to be given control of Congress in 2018. Listen to the people in the streets, listen to the people that knock on doors, that are going to be making phone calls for you in 2018. Don't do a deal with this guy. No DACA, no deal."