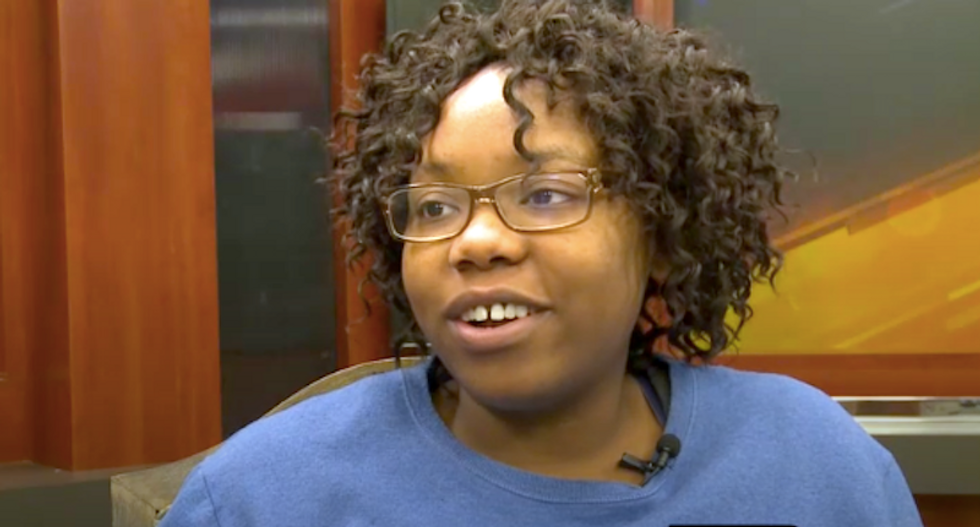 A Texas waitress said some customers left a racist symbol behind when they left their table.

Tenasha Ballard said she had been serving four high school students recently at an IHOP in Sherman, and they asked for a takeaway coffee cup, reported KXII-TV.

When she returned with the cup, Ballard found the teens had cut some leftover pancakes into the letters "KKK" and fled.

“At the moment, I’m like, I don’t believe this, I’m seeing this wrong," Ballard told the TV station. "So I went to the tables at the front and said, 'What do you see on this plate? What letters are these?' They said KKK, and I said, 'I thought so.'"

Ballard took a photo of the plate, which she posted on Snapchat and Facebook.

“I just can’t get over it, because these kids we were just joking, and then it got serious, and I’m like how? How?" Ballard said. "Like, what was it besides my skin color that made you think this was going to be funny?"

Ballard said another customer called a server a "n*gger" that same night after the worker offered to get them an orange juice.

"Respect people," she said. "It’s one of the things that I was always taught. If you don’t have anything nice to say don’t say it. Don’t spell it in food. Don’t say it."

IHOP representatives told the TV station the incident remained under investigation, and stressed the discriminatory action was by a guest and not a restaurant employee.

"Any display of discrimination is against the IHOP brand values and the values that the franchisees of this location upholds," IHOP Restaurants LLC said in a prepared statement.

Ballard said the incident was upsetting to her.

“They just crushed my spirit," she said. "I didn’t know what to do after that."