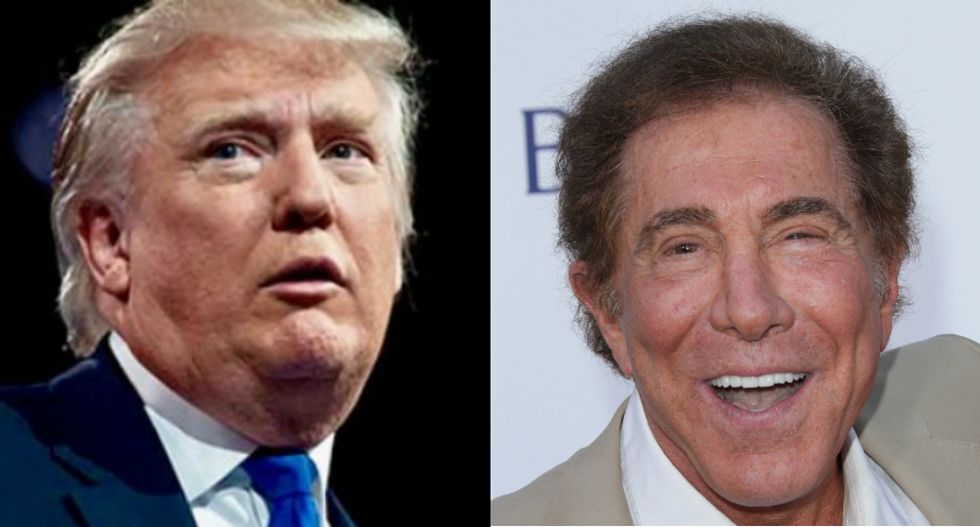 On Friday night, President Donald Trump liked his 25th tweet to date — and Twitter immediately noticed how strange it was.

"Interesting like," journalist Julia Wick wrote alongside a screenshot of the president "liking" a tweet from the Wall Street Journal about how RNC chairman and Las Vegas real estate mogul Steve Wynn pressured his employees into performing sex acts on him. Wynn, as Raw Story noted earlier on Friday, vouched for Trump's sanity when he was on the campaign trail.

The New Republic's Jeet Heer soon after pointed out that this was only the 25th tweet Trump has ever liked.

A perusal of the presidents likes reveals the majority are his own tweets, as well as a few posted by his family members and three tweets posted by New York Gov. Andrew Cuomo on November 1, 2017, the day of the attack in lower Manhattan.

Flavorwire's Jason Bailey also pointed out that the president appears to have liked two tweets where people criticized him.