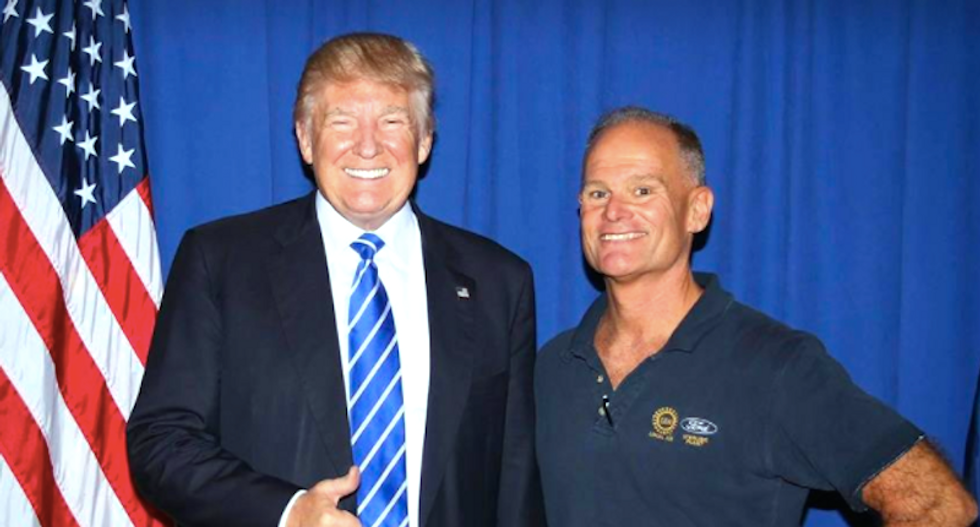 The Financial Times spoke to voters in Macomb County, Michigan, which was crucial in getting Trump elected, and found support for him there was as strong as ever.

“I am the ‘forgotten man’ that thrust Donald Trump into office, and the media elite and the hard left cannot stand it,” said Nelson Westrick, a 42-year-old autoworker. “I think there’s more Trump support now than before the election."

Westrick has given up on watching sports to back Trump's attacks on athletes protesting racism.

“I am a very passionate sports fan, but I have cancelled the NFL network, I blocked ESPN, I don’t listen to sports radio now -- and that’s all I used to listen to,” said Westrick, who has tattoos of several local sports teams on his calves.

“(He is) a flawed human being, a narcissist, an egomaniac, he exaggerates, embellishes, but we true Trump supporters don’t care, we just don’t care, because ... they are all liars and perverts and sex maniacs," Pannebecker said. "Congress is full of them."

Pannebecker, who has praised former Ku Klux Klan leader David Duke, is confident that tax cuts and a promised infrastructure bill will get Trump re-elected in 2020.

“He may not get 50 percent of the vote again, but he will get re-elected," Pannebecker said. "The only thing that could derail it is a moderate Republican candidate."

Another autoworker, Chris Vitale, told the newspaper he had no regrets about the Trump presidency.

“Last year at Christmas I was flying high because I felt like I got a present that I couldn’t believe, and I’m still flying high on that present,” he said.