Trump urges Justice Department to 'jail' Comey, Clinton aide 'and others' after Fox report on emails 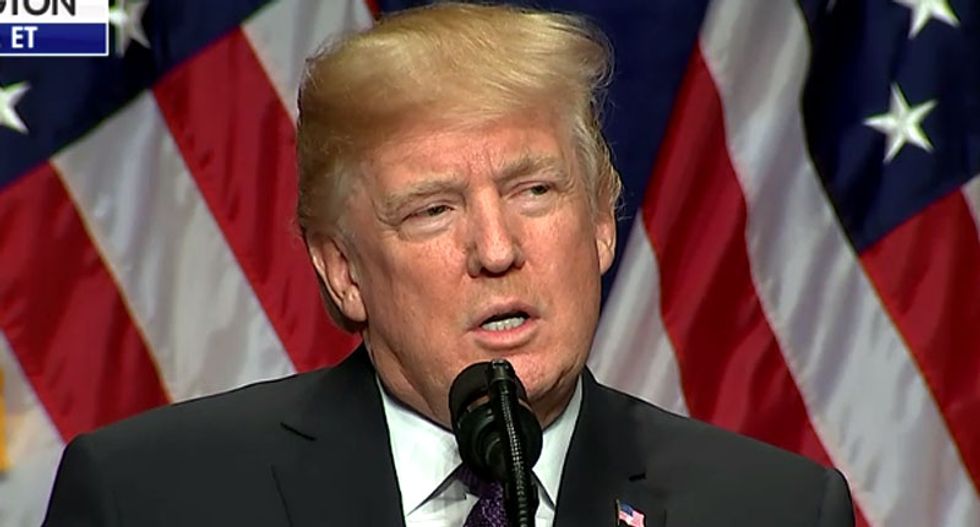 That email service provider was later hacked, and The Daily Caller reported that "guarantees" that Abedin and Clinton exposed sensitive government data to a "state-sponsored actor."

The president urged the Justice Department, which he slurred as a "deep state" conspiracy against his presidency, to prosecute and jail Abedin.

Trump also suggested that former FBI director James Comey, whom he fired in May after failing to receive an assurance of loyalty, should also be prosecuted along with unspecified "others."

The day after Trump fired Comey, he met in the Oval Office with the Russian foreign minister and U.S. ambassador at the center of the Justice Department's investigation of the president's campaign ties to the Kremlin.

Trump told the Russian officials about how ISIS terrorists were working to develop a laptop bomb that could pass undetected through airport security -- which he boasted had come from Israeli intelligence officials.

The information was highly classified and had not been shared with close U.S. allies, and experts believe the disclosure put the Israeli spy operation at risk.

Last week, Trump gave a rambling interview to the New York Times, which asked whether he intended to reopen the Justice Department's investigation of Clinton's email activity as Secretary of State.

"I have absolute right to do what I want to do with the Justice Department," Trump told the newspaper.