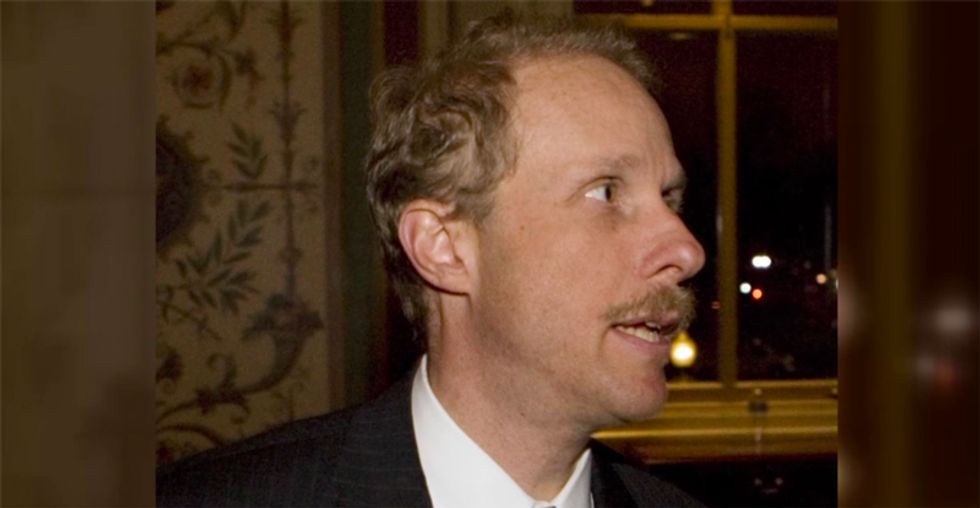 President Donald Trump is expected to choose the billionaire co-founder of Cerberus Capital Management -- who has pushed for turning over the ongoing conflict in Afghanistan to mercenary armies and the CIA -- to lead the President’s Intelligence Advisory Board.

According to six sources who spoke anonymously with Foreign Policy, New Yorker Stephen Feinberg, who has a substantial financial stake in private security firm DynCorp International, is Trump's top choice.

According to FP, the board Feinberg would head "has typically been composed of independent experts in business and academia, or retired military and intelligence professionals. The members serve in an unpaid capacity as a personal resource for the president on intelligence matters — reviewing everything from bio-weapons to intelligence failures."

The report also notes that Feinberg has no experience in government -- aside from his massive investment in military contractor DynCorp -- but did donate a million dollars five days before the election to Rebuild America Now, a Trump-supporting super PAC that went hard after Democratic presidential nominee Hillary Clinton.

According to a profile in The New Yorker, Feinberg has long been considered for a spot in the Trump administration, and that intelligence officials were alarmed when his name was floated previously.

“He’s a phenomenal manager of an investment fund, but his brilliance is in his trading. I don’t think he’d succeed in the bureaucratic environment of Washington,” said a Cerberus insider who agreed with that assessment.

Also of concern is his financial portfolio that is heavily tied to government contracts.

Foreign Policy reports, "Financial ties have complicated his road to power in the Trump administration. Cerberus wrote a letter to investors in February last year suggesting that if Feinberg accepted a position in government, he would need to turn over 'voluminous information' to the Office of Government Ethics to be scrutinized. Feinberg faces the same hurdle in joining the President’s Intelligence Advisory Board."

You can watch a 2017 video below via Bloomberg on the hurdles Feinberg might face: