The uncomfortable truth about Whole Foods and Amazon's grocery monopoly 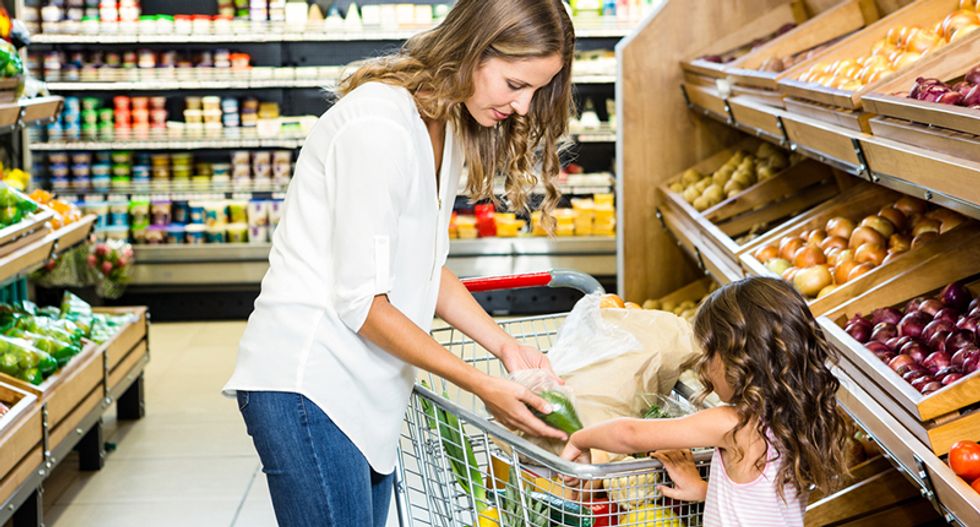 Of all the derangements of contemporary American political culture—and there are many—the gormless liberal pursuit of a shapeless Russia conspiracy has got to be the dumbest. Anyone can see the actual outlines of contacts between the Trump family, business organization and campaign (as if there was any meaningful distinction separating the three): the perennially under-capitalized Trump long ago burned most of his bridges to the major organs of American finance and has, for most of the last couple of decades, depended on foreign cash from people and institutions even less concerned with due diligence than our own Wall Street casinos.

I have no doubt that some within the Russian state saw in Trump’s desperate need for cash a potential avenue to modest influence, but really, would these savage oligarchs be so foolish as to imagine that a man so mercurial, so petulant, so uninformed, and frankly so stupid would be the path to an actual realignment of Russo-American foreign policy? Did these evil geniuses, any more than any of the rest of us, actually imagine he would win?

Try telling that to the internet’s dedicated sleuths. A collection of speed-sniffers, hack novelists and extremely minor Clinton hangers-on, they have spun out an elaborate fantasia on a Russian theme. It is, I admit, almost majestic in its baroque intensity. Among other charmingly silly errors of basic fact, many seem convinced that Russia remains a communist state, that the hammer and sickle still fly over the Kremlin (which they frequently mix up with St. Basil’s Cathedral), that the KGB still exists.

It’s a weird conceit. Russia may be one of the least communist states in the world, and whatever its former spies and commissars may have once believed, they were perfectly pleased to rush in and make money once Western shock therapy broke the country and its economy like an egg. If any state is a successor to the latter days of the Soviet Union—gerontocratic, sclerotic, limping toward a crackup it can’t yet see coming—I’d argue it ain’t Russia at all. It’s us. Consider the humble grocer.

The appearance of the first Whole Foods in Pittsburgh in the early 2000s was a watershed in the city’s theretofore quiet hike toward gentrification and travel-magazine success. We were not yet the darling of the New York Times and Forbes and Condé Nast Traveler; we were more than a decade out from allegedly becoming America’s hottest restaurant and dining scene. And yet the moment felt like an inflection point, this glass-fronted, glittering food museum appearing miraculously on the “wrong” side of the Martin Luther King Jr. Memorial Busway, a moat-like trench that had, in ironic contravention of its name, starkly divided tony white Shadyside from predominantly African-American East Liberty. In the decade that followed, East Liberty’s public housing projects would be torn down. There is now a Warby Parker and a Bonobos on its main drag, and you can order a 21-course tasting menu for $225 per person at the Twisted Frenchman. That price is before you add the wine.

Here is the unstoppable march of consumer capitalism. We may grumble about gentrification and inequality, and yet: what society ever before produced such a glut of buyable baubles? Where before could a modestly sized Midwestern grocery store (compared to the Death Stars in Austin or Manhattan, Pittsburgh’s East Side Whole Foods is practically a convenience store) offer such pyramids of bright apples, so many lovingly displayed red snappers, so many varieties of exotic tea and yogurt, so much cheese, so many useless expensive tinctures for your skin and hair and digestion and immune health?

But a funny thing happened on the way to the triumph of the free market. For many years the ruthless supply-chain efficiency of massive retail had been burying local competition. The Ben Franklin could not compete with Walmart’s vast, nodal, international network of supply and distribution. Then, as online retail consolidated from a relatively diverse ecosystem of particular specialties—this site sells shoes; this site sells diapers; this site sells books—to a monopsony in which everyone simply sells to Amazon at whatever price Amazon demands and a monopoly in which Amazon, in turn, sets prices and sells to everyone, the decline of meaningful competition grew more precipitous. Amazon, interestingly, largely took an opposite tactic from big-box retail. Walmart strove to eliminate the warehouse; Amazon built a network of warehouses and eliminated the store.

Grocery, although there are national and international chains, had largely resisted the supply-chain hijinks and industry consolidations of other large retail sectors. It is a low-margin business. Many of its products are extremely delicate and highly perishable. For all the massive scale of industrial agriculture, stores depend on very diverse sets of suppliers. Apples, eggs, fish, cheese, rice, peanut butter, and ginger ale all have different producers and very different shipping and storage needs. Local and on-site warehousing is important. There is a reason that some of the world’s largest grocery chains—Aldi, for example—remain in private hands. Grocery is a tough sell on the equity markets. There are lots of moving parts.

Whole Foods was a publicly traded company, but its leadership always emphasized that it was in the grocery business, not the shareholder value business. Its founder and chairman, John Mackey, for all his goofball libertarianism, was in this regard almost commendable. He insisted that the brand’s business was selling quality food to shoppers. It was expensive, yes, but you got a shiny store and really lovely lettuce out of it. Local stores retained a reasonable deal of autonomy in their buying and inventory priorities.

After the Amazon purchase, people began to grumble about a precipitous decline in quality and selection. Stores suddenly ran out of products. I can recall, right around the time of the sale, going to our East End store in Pittsburgh and finding that they were out of crackers. Not some delicate, rare, easily spoiled seafood. Crackers! Social media was flooded with photos of empty shelves and limp produce.

We all blamed Amazon, that purveyor of the lowest common denominator run by the world's first hundred billionaire, Jeff Bezos. As it turns out, we were only partly correct. An investigation by Business Insider found that a new supply-and-inventory management system called OTS (order-to-shelf) had been implemented by the grocer prior to the Amazon purchase. This vaguely Brazil-like system in effect eliminated on-site storage and instead requires store employees to scuttle along a continuous route from the loading dock to the shelves and counters. Employees call it “militaristic,” but it is in reality just Fordism: a pseudoscientific attempt to eliminate excess gesture and movement, a desire to turn the workers on the assembly line into machinery themselves.

Why, though? Why would a business, by all accounts a successful one—for which a major part of that success was a reputation for store aesthetics and customer care—plunge into a massive program of revised inventory management for the purpose of cost cutting? The answer gives lie to Mackey’s bromides about the grocery business being the grocery business. The reason is financial engineering. The reason is that you know you’re going to sell the business, and since you’ve historically never been over-worried about goosing your stock value, you decide in the short term to goose your apparent margins to help boost the sale price.

In other words, providing the basic service of the business becomes secondary to the interests of financial engineering; the dull business of food is just the abstract activity whose real outputs are numbers on spreadsheets.

I have sometimes joked that although the Soviet Union collapsed, it was the Soviet system that won the Cold War. It’s only half joking. The first-century BC Latin poet Horace famously wrote that “conquered Greece took captive her savage conqueror.” He meant that Rome, although it conquered Greece, was in the end Hellenized by Greek arts, language, and culture. Well, there is a certain present irony: while the Russian core of the old Soviet Union became a savagely capitalistic oligarchy, the drift of western capitalism, at least in the Anglosphere, has been toward something more and more Soviet in appearance—vast, state-related and state-subsidized industries controlling whole sectors of our domestic economies with largely fictional financial statements signed off by corrupt, captured audit firms replacing fake quotas and production reports. Better gross margins are the new record harvest of wheat. Meanwhile the shelves at the premier grocery stores are literally empty.

The metaphor is obviously tenuous at the level of detail, but it does what a good metaphor is supposed to do and clarifies through comparison. Imagining life in a declining empire, where the basic mechanisms of food, housing, and transportation seem everywhere to be breaking down even as we continue to build shiny districts for the tourists, is no longer an act of imagination. The unimaginable wealth and power of our society seem increasingly like the windy pronouncements of some party secretary. You can get anything delivered to your doorstep in two days—if you can afford it—but you can’t be sure about onions or bread.

A slur-spewing woman who was arrested for disorderly conduct warned police over the weekend that she would "call Donald Trump" on them if they detained her.

The Newburyport Daily News reports that 61-year-old real estate agent Julianne Douglas caused a scene last week at the Briar Barn Inn in Rowley, Massachusetts, when she hurled a racial slur at a Black employee who asked her and a friend to not speak loudly, as it was past 10 p.m. on a Thursday.