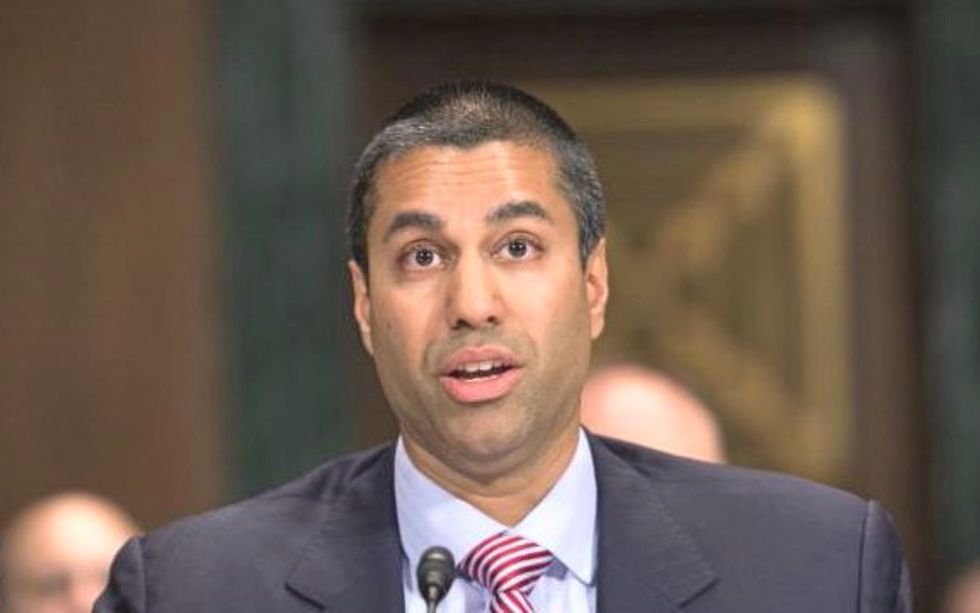 Pai, who championed a controversial proposal approved in December to reverse the Obama administration's net neutrality rules, has been the target of death threats in social media postings and harassing signs have been posted near his home.

The FCC confirmed Thursday that Pai would not attend CES, also known as the Consumer Electronics Show, but declined to offer a reason. "We do not comment on security measures or concerns," FCC spokesman Brian Hart said.

Two people briefed on the matter said multiple security agencies were involved in investigating the threats.

The Consumer Technology Association issued a brief statement that said Pai was unable to attend. The group's president, Gary Shapiro, told digitaltrends.com that Pai and "his family have been subject to vicious and direct attacks and threats and any decision he makes regarding his own travel is fine with me."

Last month's FCC meeting that included a vote on net neutrality was interrupted by a bomb threat prompting security officials to briefly clear the room.

In November, federal prosecutors filed criminal charges against a Syracuse man for allegedly threatening to kill a New York member of Congress unless he backed net neutrality.

The acting chair of the Federal Trade Commission, Maureen Ohlhausen, Transportation Secretary Elaine Chao and three members of the five-member FCC are scheduled to attend next week's event.

The FCC voted 3-2 in December to overturn the net neutrality rules, which barred broadband providers from blocking or slowing access to content or allowing websites to pay for “fast lanes” to get their content more quickly to consumers. The text of the 524-page order was formally released late Thursday.

New regulations, including transparency rules for internet providers, will not take effect for at least three months. The White House Office of Management and Budget must first approve the new transparency rules before the old rules can be formally rescinded. Democrats in Congress plan to force a vote on whether to repeal the new rules.