WATCH: CNN's April Ryan gets in Jack Kingston’s face for trying to change the subject from Russia 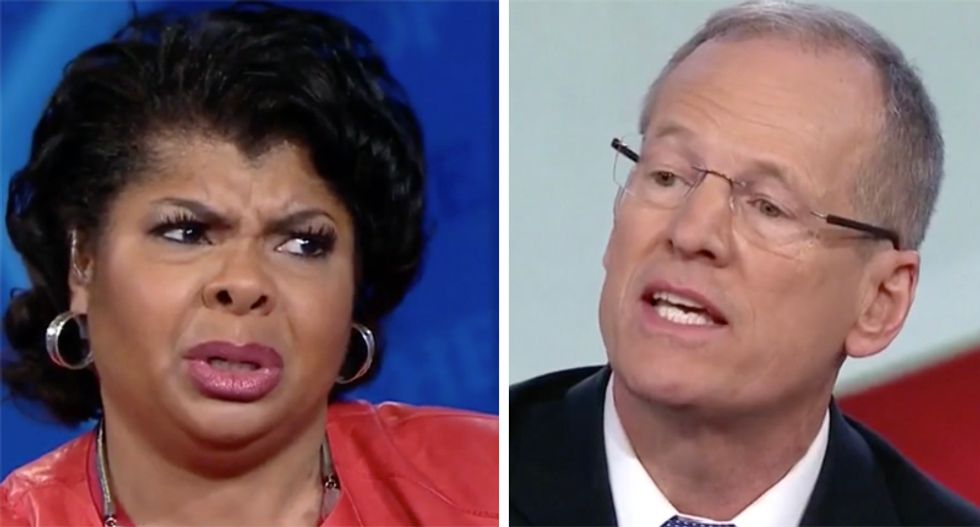 A previously complacent pre-State of the Union 'Anderson Cooper 360' erupted Tuesday afternoon, as CNN regulars April Ryan and former Republican lawmaker Jack Kingston battled over the conservative's claim that Americans care more about their paychecks that the president trying to derail an investigation into his administration by firing special counsel Robert Mueller.

Things blew up as Kingston claimed, "I just don't understand why that's such a big story."

"I'll tell you what is a huge story, the fact that unemployment, right now, is at a 17-year row and African-American unemployment is the lowest," Kingston claimed as Ryan could be heard saying , "Oh please, stop."

"Hispanic unemployment is one of the lowest in history," Kingston continued as he ignored protests from the panel. "Those are real issues. People are better off today than a year ago and the economy is growing. The other thing is, if you think about the businesses that held their money in November and December, suddenly, they are going to make a big investment."

"Smoke and mirrors," Ryan shot back. "Those facts are alternate."

"Here is the deal, Jack," Ryan lectured as the Georgia Republican tried to talk over her. "When you talk about unemployment going down, there's a trend -- it's a trend that started over a year ago. But, here's the devil that's in the details. You are saying, 'It's great, it's great,' there is still great hurt."

"No, no. Number one, it is a significant drop, which was a far bigger drop than his predecessor," Kingston shouted over Ryan.

"Absolutely, that's why he's talking less regulation on business so more mom and pop businesses can be created," Kingston, exclaimed before snidely asking, "Take yes for an answer. This is good. Can you do better?" as Cooper shut down the exchange.