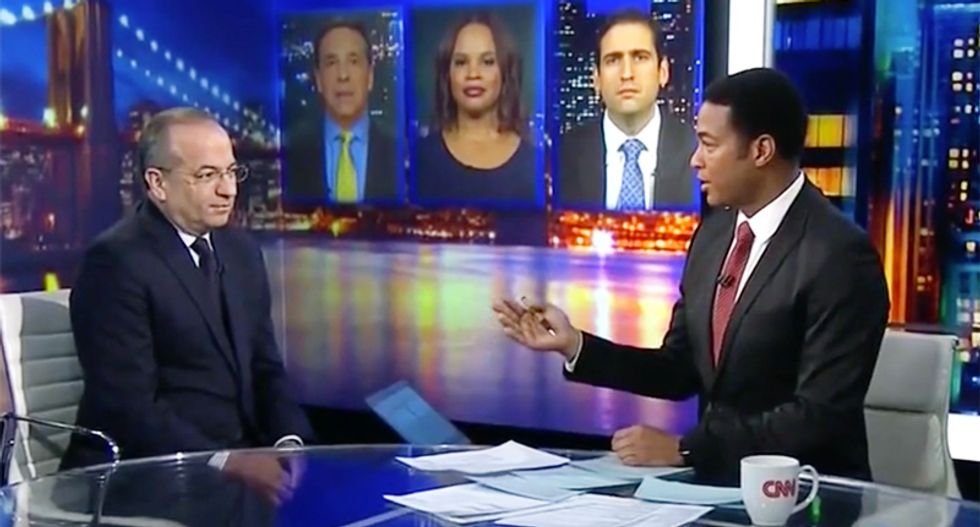 CNN's Don Lemon called a halt to an panel Thursday night after a former federal prosecutor was continually rude to the other guests, leading the CNN host to warn him, "I'm not going to ask you again."

Arguing legal points, Ray talked over Coates, calling her observations "irrelevant," leading to a contentious exchange where Lemon had to step in and tell the former prosecutor, "Hang on, hold on. we all need to be respectful of each other. we shouldn't name call and be rude."

As Ray then turned to arguing with CNN analyst Michael Zeldon - again interrupting and talking over him -- Lemon had enough, telling Ray, "Let him finish."

"Hang on, Robert, you have to let the man finish or the woman finish before you interject," Lemon cautioned.

"Because then we will let you respond," Lemon admonished him. "But people can't make the points if you're rudely interrupting them all the time."

"You know what, we'll wait a little longer. We'll take a break." Lemon stated. "We'll come back, but please don't be rude. Alright?"

"I'm saying alright, I'm not asking if you hear me." Lemon shot back.