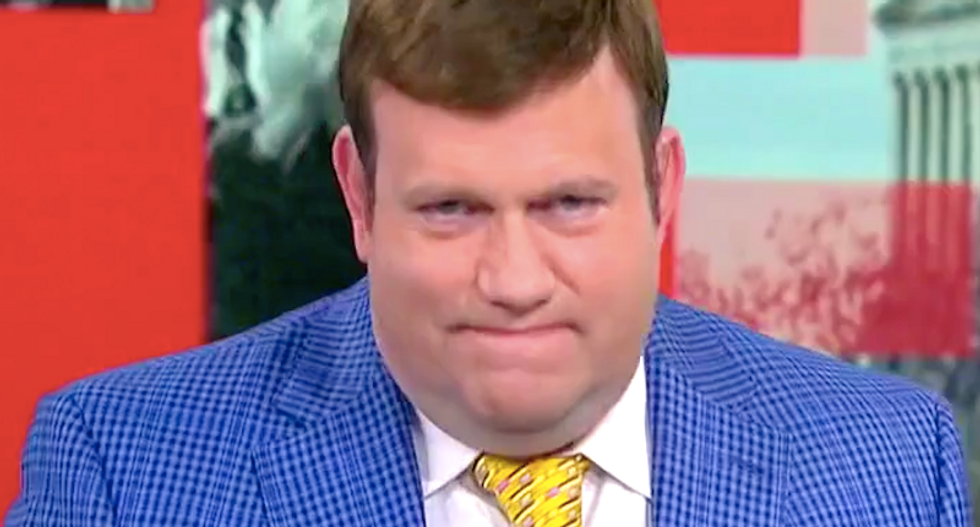 The Republican political consultant was widely mocked on Twitter for his obsequious praise for the president's speech, and he appeared Wednesday on "Morning Joe" to talk about it.

"Why is it that everything he says drives the left nuts?" Luntz said. "Just because Republicans criticized Barack Obama -- we all agree that it went too much, it was hyper-partisanship. We have that right now from the Donald Trump speech, and that's wrong."

He praised Trump for bragging about the economy during his first year in office, but Scarborough and Brzezinski said the president's claims were either false or misleading.

"Many of the facts that you have even stated this morning repeating his facts are not accurate" Scarborough said. "Wage growth is about the same as it was for Barack Obama. The job growth, you actually have Barack Obama over seven years doing slightly better."

Luntz said that was over a seven-year period, not just one year in office -- but Scarborough interrupted.

Scarborough said Obama entered office during the worst recession in years, but he helped turn around the economy before handing over the White House to Trump -- and Luntz continued to defend the president.

That's when Brzezinski dropped the hammer.

"I think because he's literally screwed everybody in that room over a few times too many," she said. "He's been vulgar and racist and accused one of the senators in that room of giving sexual favors for money. He's insulted the wife of a Republican senator in that room in the worst way possible."

Luntz asked what she thought of the speech itself, and Brzezinski seemed appalled that he had missed her point.

"Your job, what you do, Frank, is you read rooms," Brzezinski said. "You tell me what that room is supposed to respond like to the great dictator?"