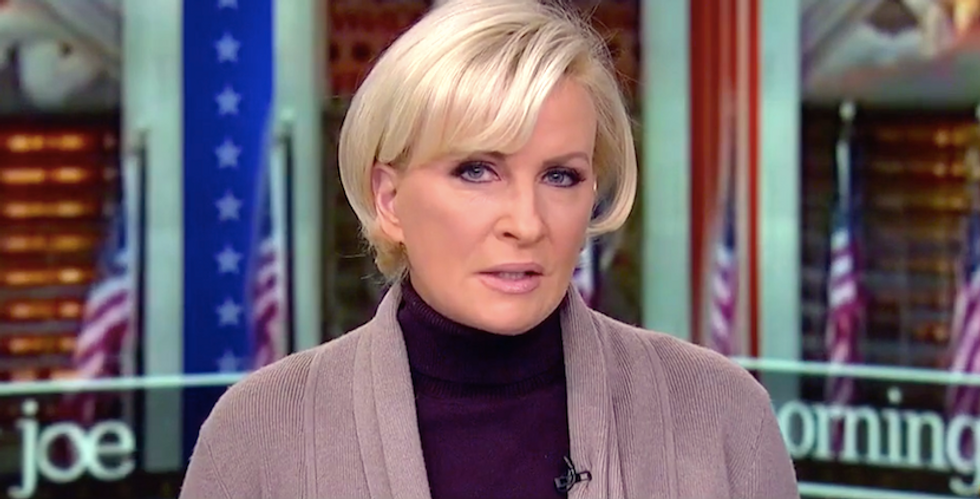 The cabinet official testified Tuesday before the Senate Judiciary Committee, where lawmakers grilled her over the president's reported "sh*thole" remarks toward African nations and Haiti.

Nielsen, who was present at that Oval Office meeting with some of the senators on the panel, insisted she didn't remember what words Trump used but said others in attendance used "rough language" as they debated a bipartisan deal on immigration.

"I feel like the secretary of Homeland Security's testimony was pained and painful to watch, and kind of depressing at this point," Brzezinski said. "Just tell us what happened. you know? This is a sad state."

"Morning Joe" host Joe Scarborough said the debate has centered over what words Trump used to insult mostly black countries, while praising mostly white Norway, but he said the incident matches up with depictions of the president drawn by journalist Michael Wolff in his Fire and Fury book.

"At the heart of Michael Wolff's book is a portrait of a president in over his head, who is incompetent when it came to issues," Scarborough said. "Led around by the nose by staff members on issues, that the last person in front of this president would be the person who would be persuading him. Here we see a week later, evidence of that."

Scarborough said Sen. Lindsey Graham (R-SC) persuaded the president to support a bipartisan deal during the meeting, but then Trump's staff steered him away from the agreement and he became belligerent.

"The same thing happened on health care, when he was going to work with (Sen.) Lamar Alexander on the compromise to health care," Scarborough said. "He said that sounds like a great idea. He made a fool of himself because he was spun by his staff, (but) 12 hours later there was no deal there. Time and again, he just proved Michael Wolff right again, it seems to me."

MSNBC analyst Steve Rattner, a former economic adviser to the Obama administration, said Trump's remarks and flip-flopping had thrown the immigration debate into "total chaos" and could imperil a government funding agreement -- and Brzezinski said there was an even more essentially troubling element to consider.

"We're also debating about racism at the very highest office in the land," she said, "and it is a really sad time for this country."