WATCH: MSNBC's Nicolle Wallace perfectly explains why the Mueller probe is 'close to the end' 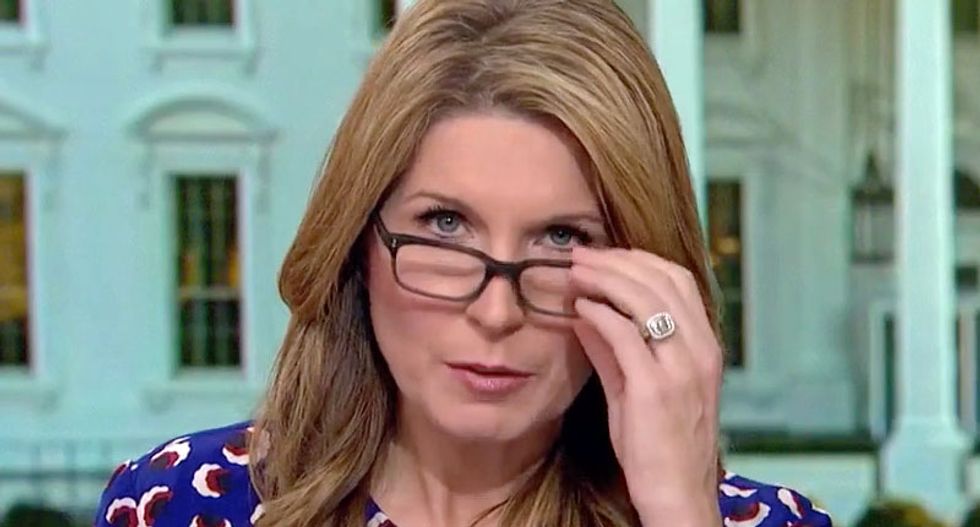 "Special counsel Bob Mueller just stole the plot line right back from this president and this White House," Wallace observed. "The breaking news today that the special counsel has interviewed the sitting Attorney General, Jeff Sessions, as part of the Russia investigation."

"NBC News is also reporting that the special counsel has interviewed former FBI Director Jim Comey about his memos. Those memos were contemporaneous notes that he has testified under oath to have taken after every single interaction with Donald Trump."

"These twin developments are reigniting speculation in Washington, D.C., today about Bob Mueller focusing in on potential obstruction of justice by the president and his associates," Wallace reported.

"What does the picture look like to you, from your vantage point?" Wallace asked former federal prosecutor Chuck Rosenberg, who served on the staffs of both James Comey and Robert Mueller.

"Well, Nicolle, it's getting a little bit clearer," Rosenberg replied. "None of this should be surprising. You described these as developments, they're more like revelations."

"I really think that today's developments are signaling to us that Mueller is moving, perhaps, more quickly than we realize, along the obstruction of justice track," NBC News intelligence and national security reporter Ken Dilanian suggested. "It's looking more and more like he is wrapping up or getting close to the end on obstruction of justice."

Our bodies connect us to the world. When people lose parts of their bodies to disease or traumatic injury, they often feel that they’ve lost a part of who they are, even experiencing a grief akin to losing a loved one. Their sense of personal loss is justified because unlike salamanders or snarky comic book characters like Deadpool, adult human tissues generally do not regenerate – limb loss is permanent and irreversible.