WATCH: New York alt-right event attendee punched out by protester as scuffles break out in the street 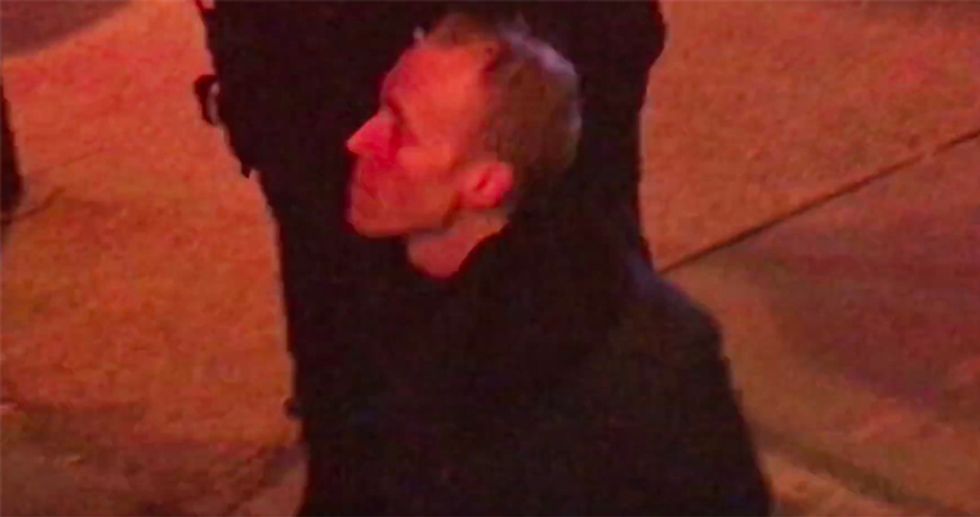 An attendee at an alt-right event in New York City had to be taken to the hospital after being punched by a protester as scuffles broke out outside the event.

According to the New York Post, police took the protester, who was not not named, into custody as his victim was taken by ambulance to Bellevue hospital, with the Post noting the 56-year-old victim was in stable condition.

The scuffles broke out in the street outside the nightclub that was hosting alt-right agitator Mike Cernovich for what was described as a "Night for Freedom."

“I saw him hit the old man,” witness Ali Thomas told the New York Daily News. “One hit. He swung hard. He hit him hard. The old man's head hit the curb.”

According to the report, about 80 anti-Trump protesters were marching outside the event and the scuffles were not deterred by barriers set up by police expecting violence.

A police spokesperson stated that the assault suspect followed the Trump supporter for about a block before confronting and attacking him.

You can see video of the attack aftermath, as well as another scuffle that broke out, below:

Antifa spotted me walking outside @Cernovich Night for Freedom, had me surrounded, bypassed NYPD, started to charge, had to turn phone off as was trapped in violent mob for 10 minutes w a few cops escorting me to car, jumped into backseat of @ImAndrewMarcus car. @JackPosobiec pic.twitter.com/MD2KDYLxmM