'Worse than the Comey firing': MSNBC legal analyst explains why Trump-Mueller report is the biggest bombshell yet 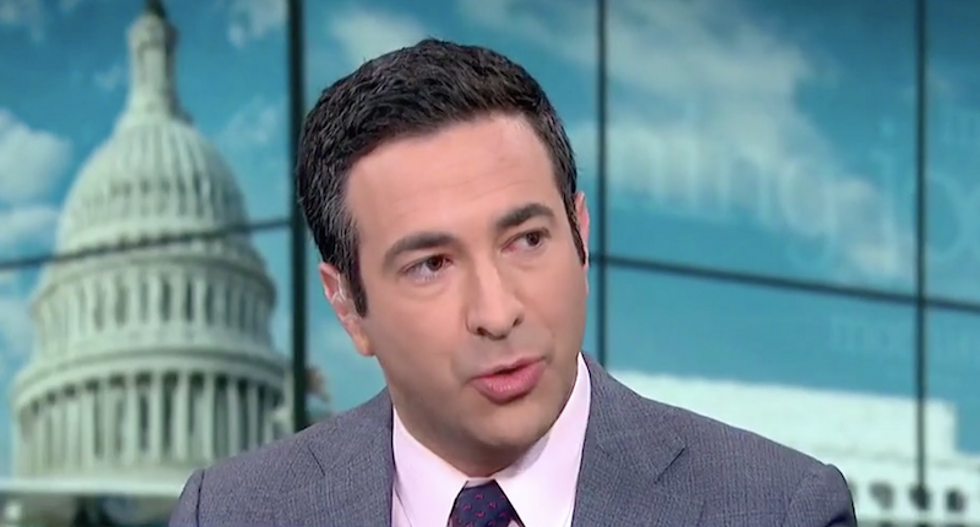 MSNBC's chief legal correspondent said the bombshell report that President Donald Trump ordered the firing of special counsel Robert Mueller was the most significant development yet in the ongoing Russia investigation.

Ari Melber, host of MSNBC's "The Beat," said no White House officials denied the New York Times report -- and he said the report carried a heavy legal implication for the president.

"The only type of order you see a legit White House counsel not carry out is an unlawful order," Melber said. "Within the lines of this story, which has now been confirmed by NBC News and the Washington Post is by implication that the White House counsel, knowing what he knew at the time, felt he could not carry out this order. It's not reported as a dinner conversation or a musing."

He said this was the biggest development in the Justice Department probe of Trump campaign ties to Russia since the president fired FBI director James Comey.

"This is probably the most significant thing that has broken about Donald Trump and the Russia probe ever, and it is legally probably worse than the Comey firing," Melber added.

He said corrupt intent was difficult to prove, and the president could argue he was ignorant of the legal ramifications of pushing back against the investigation -- but Melber said attempting to fire Mueller was damning evidence.

"This, more so than the Comey firing, shows a president with the type of activity, the type of elements of ongoing attempts to interfere were or hamper the outcome of the case along the requisite type of intent prosecutors probe to see whether a crime was committed," he said. "Don McGahn may have done the right thing, he may have done a good thing, he may also as an attorney have done the only thing he felt he could do when asked to participate in an ongoing criminal conspiracy, which is the kind of thing a lawyer can do."

Melber said the White House counsel would have been legally vulnerable himself if he had gone along with the president's order.

"I will close with this point here," Melber said. "You can defend a prior killing when you're a lawyer, but you cannot participate in the coverup or the planning around any future crime. So it may sound counterintuitive if you're not versed in the law to say well, how bad was this, it's not as bad as some things but it may have reached the standard that Don McGahn felt he legally could not participate in, and this is the reason that 'Saturday Night Massacre'-level threat, appears to be the reason it didn't happen."