'Your silence is complicity': Cory Booker spits fire at DHS secretary for covering up Trump's racism 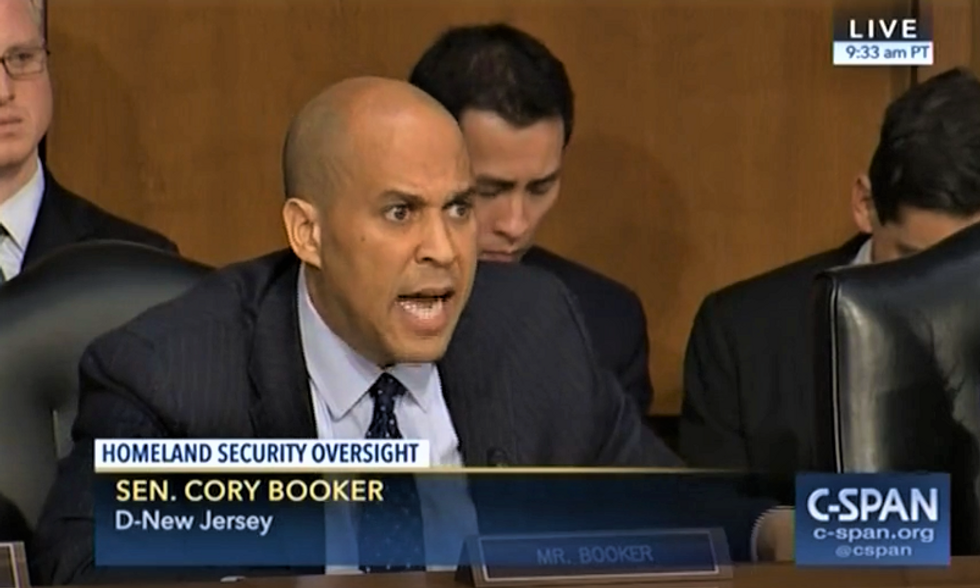 While questioning Nielsen about the DHS's response to white supremacist hate groups, Booker rant down a litany of all Trump's past racist remarks and shamed her for claiming she couldn't recall whether Trump had called African countries "shitholes."

"The commander in chief, in an Oval Office meeting, referring to people from African countries and Haitians with the most vile and vulgar language -- that language festers," Booker said. "When ignorance and bigotry is alive with power, it's a dangerous force in our country. Your silence and your amnesia is complicity."

Booker also listed off all the hate crimes committed by white nationalists recently -- ranging from Dylann Roof's 2015 massacre at the Emanuel AME Church in Charleston and the white nationalist riots that occurred in Charlottesville, Virginia, last summer -- and questioned the president's commitment to stopping such crimes.

"Tens of millions of Americans are hurting right now because of what they're worried about what happened in this White House," he said. "That is unacceptable."