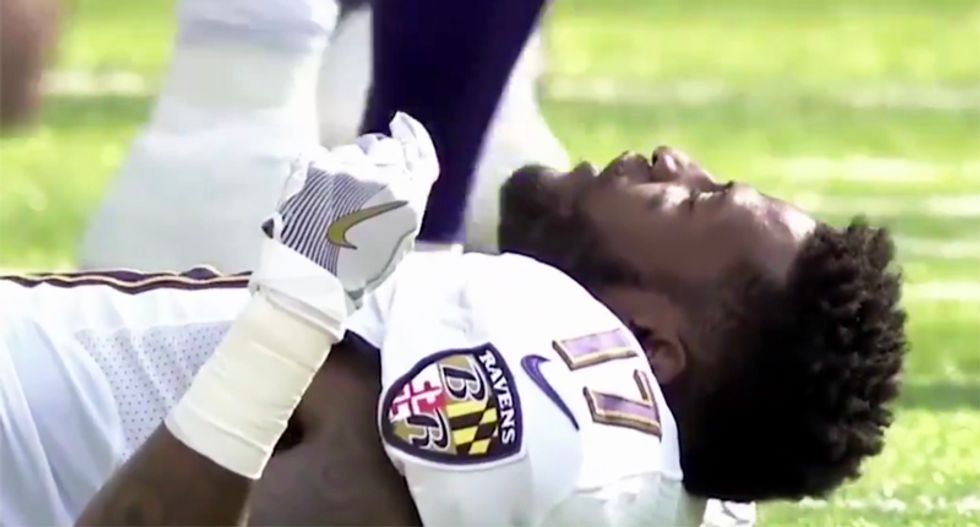 As the Philadelphia Eagles and the New England Patriots prepare to do battle in Minneapolis on Sunday in Super Bowl LII, the NFL is grappling with the crippling plague of concussion that has rocked the league this year.

As reported by Slate, there were 179 incidences of concussions on the field this past year -- causing players to be led off the filed to undergo what the NFL calls their "concussion protocol" to determine whether they should pulled from action.

In a video (see below) data artist Josh Begley compiled clips of athletes laying helpless on the field showing signs of losing consciousness before being helped off.

According to Slate, Begley's video was produced by The Intercept and Oscar winner Laura Poitras in an effort to show the devastating effect that head injuries have on all football players in an era where players are bigger and faster than ever and technology has been unable to keep pace with providing safety measures to protect athletes at risk of longtime health risks.

A series of concussions, technically called "chronic traumatic encephalopathy," can lead to anything from forgetfulness to violent behavior.

According to Vox, reporting on research from the journal Brain, there are stages of degeneration of the brain due to multiple blows to the head.

You can watch the video clips below via Twitter:

Here's every concussion in the NFL this year pic.twitter.com/zyzwciboSj