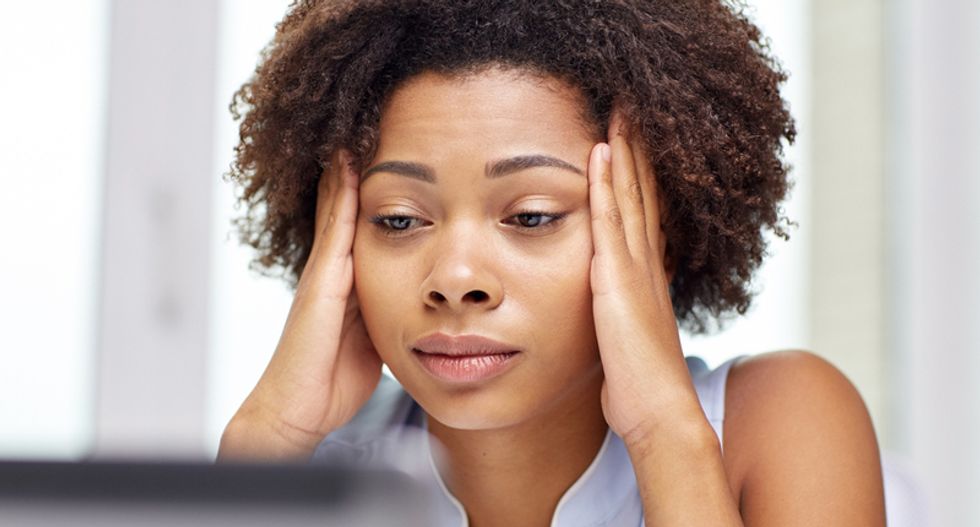 When I set out to research the German words that capture what it feels like to be an American living during the era of the Trump administration, I didn’t expect there to be so damn many.

Like many of my fellow citizens who have flocked to therapists' offices over the past year, eager to sort through their trauma at being governed by a narcissistic megalomaniac, I was already aware that the current political era was doing something strange to my psyche. But it can be hard to pin down exactly what these emotions are, if words for them even exist.

It was one particular moment of schadenfreude (as I laughed at Steve Mnuchin’s wife revealing her true self on social media) that got me wondering: what other gems of the beautiful German language could help me diagnose the rollercoaster of emotions one feels during a typical day in Trump’s America? There’s so much relief in having a name for these feelings of fear, paranoia and anger, after all. Here are a few, for starters.

Fernweh, or "distance pain," is like the opposite of homesickness. It’s the feeling of wanting to be elsewhere, anywhere but where you are at this moment. The Fernweh many Americans feel today is a bit like wanderlust, minus the glamour and with the added fear that you may be harshly judged as an American traveling abroad in the time of Trump.

Weltschmerz translates literally to “world pain,” and boy oh boy, does that say it all. It’s the state of weariness one feels at the state of the world. Some of us may have felt a constant state of Weltschmerz since Nov. 9, 2016.

If your state of Weltschmerz has been really getting to you, it’s possible you’ve put on a few extra pounds of Kummerspeck, or literally, “grief bacon.” Know that you’re at least in good company: last year, Barbra Streisand, Judd Apatow and others complained they’d gained a “Trump 10" in the months following the election. Eat your feelings, indeed.

This wonderful heap of syllables evokes chaos or a hopelessly messy, unstructured state. Sounds like the White House as told by Michael Flynn.

This is a state of unfiltered, primal rage. You may have felt it over the past year while listening to any White House press conference, hearing Trump describe Haiti, El Salvador and many African nations as "shithole countries," seeing the president troll Sen. Kirsten Gillibrand on social media...or really, any time at all.

Ever felt ashamed on behalf of a member of the Trump White House? Like the time Kellyanne Conway told Fox viewers to “go buy Ivanka’s stuff”? Or when Trump claimed his inauguration speech literally made the clouds part and the sun come out? That’s Fremdschaemen.

In German, this means “a face that deserves to be punched.” Insert your own joke here.