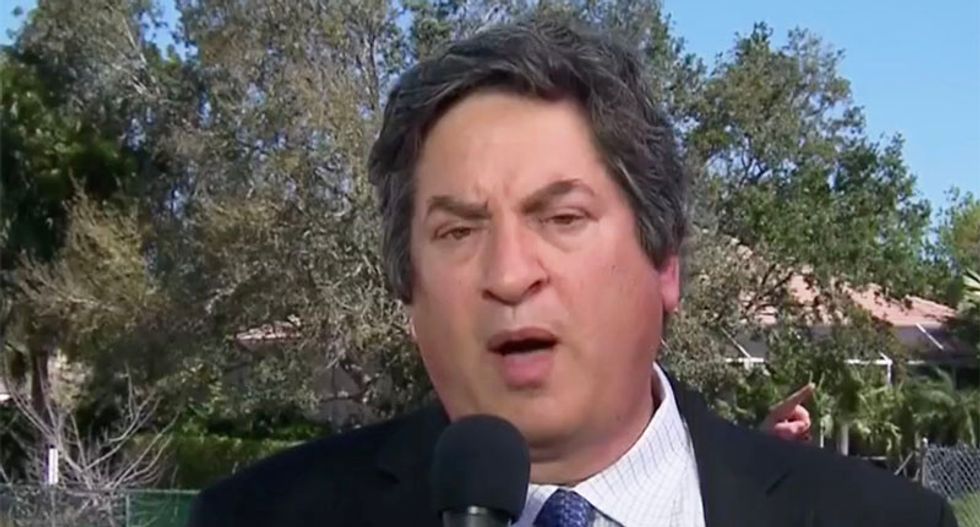 In an interview on CNN, a local official from Broward Country blasted President Donald Trump for planning to visit the Florida community still reeling from a high school massacre on Wednesday, after the president's low-key response to the shooting.

Speaking with host Fredricka Whitfield, Vice Mayor Mark Bogen launched into an attack on the president who is expected to stop by the area on the way to his weekend resort retreat at Mar-a-Lago.

Early Friday morning, Trump tweeted, "I will be leaving for Florida today to meet with some of the bravest people on earth - but people whose lives have been totally shattered. Am also working with Congress on many fronts."

"It was just last year that Parkland, Florida, was named the safest city in Florida," Whitfield began. "That title and the relative innocence it projects was erased in that explosion of bullets on Wednesday. Mr. Vice Mayor, our hearts go out to all of you. so how is the community holding up there in your view?"

"You know, we have a devastated community from this horrific event. and they're in mourning. We have funerals as you just mentioned earlier," the Florida Democrat replied. "We'll have funerals going on today and in the future, and it is going to take a long time to get over this."

Asked about how local politicians are responding to the shooting that claimed 17 lives at Marjory Stoneman Douglas High School in Parkland, Bogen said they were more wrapped up in focusing on the perpetrator and not on the broader issues of easily available weapons.

"The elected officials of this state, the governor and many state legislators, are focusing on the individual, when the focus should really be on the laws that allowed this individual to obtain an assault weapon as a teenager," Bogen explained. "Okay, so right now this is not about guns, this is not about the 2nd amendment, this is about two words really, about assault weapons and what the laws allow teenagers to obtain them -- that's really the problem."

"I have many friends who belong to the NRA, I have many friends who have concealed weapons permits, guns," he continued, "but all telling me the same thing; that we need to do something about assault weapons and that's something that can be done tomorrow, with the governor and our state legislature. But instead, you have elected officials coming here, the governor was here, our president of the State Senate was here, and what they're doing, they're expressing grief and their support for the families, but then they go back and they support laws and enact laws that allow this to happen -- and that's the tragedy as well."

"Are you looking forward to the president's visit and how do you expect he will be met with when he arrives, if he arrives there?" the CNN host asked. "

"Well, I can speak only as a Broward County commissioner and vice mayor, and I speak for myself, and him coming here to me is absurd," he blurted. "Him being -- coming here is absolutely absurd. And he's a hypocrite."

"How can you come here and talk about how horrible it is when you support these laws," he continued. "And what is most interesting, what I just learned, is one year ago this month, the president reversed a rule banning mentally ill people from purchasing a gun. So President Trump now based on his actions, allows mentally ill people to purchase guns when over a year ago they could not. So this is a man who supports teenagers and other people to do buy weapons and wants to come down here and wants to act as though this is horrible, this shouldn't happen, but then goes back to Washington and supports it. It's hypocrisy, it is absolute hypocrisy."