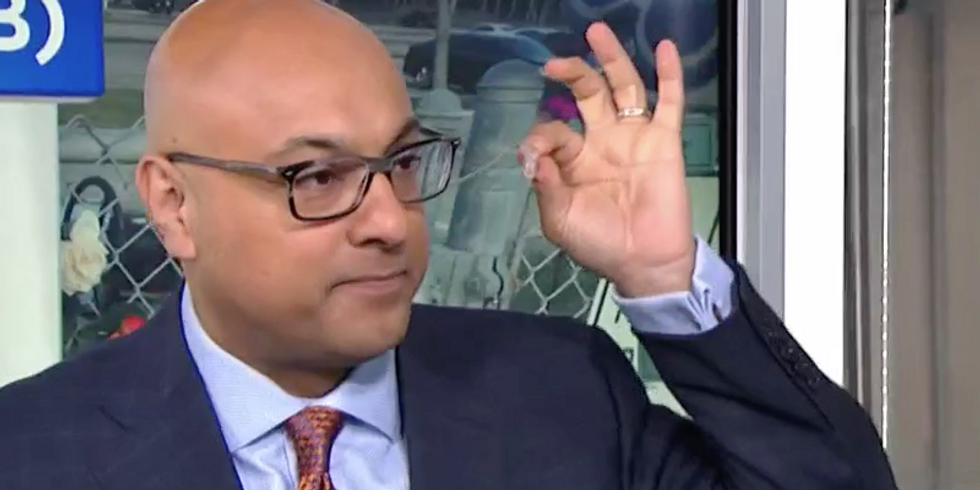 "This is typically beneath us to even report," said Velshi's co-anchor Stephanie Ruhle.

"But it's important right now," Velshi said, "because it's happening in real time. You are seeing the spreading of fake news in real time around a tragedy that I was physically at."

The anchors brought up Donald Trump Jr.'s promotion of a tweet attacking 17-year-old David Hogg and highlighted social media posts claiming that Hogg is actually a Los Angeles resident and pointing to his use of an Interruptible Foldback (IFB) earpiece in a TV interview.

"I'm wearing one right now," said Velshi, indicating that the IFB is not some kind of secret communications through which Hogg was being fed cues. It's a commonly used way for TV personnel to communicate on camera. "This is how my producers talk to me."