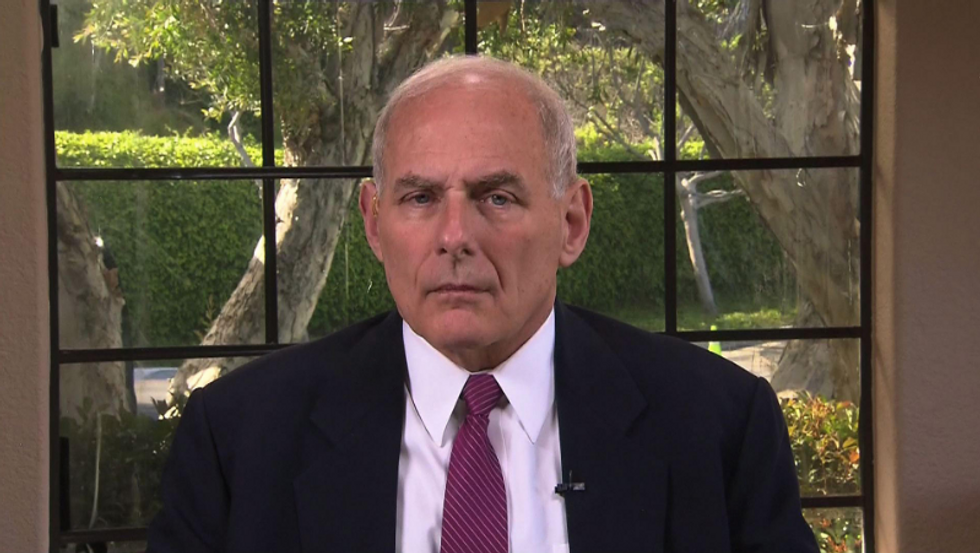 White House chief of staff John Kelly was reportedly one of the few White House officials who wanted staff secretary Rob Porter to stay at his job despite two ex-wives claiming that he used to beat them.

Now sources tell Vanity Fair's Gabriel Sherman that Kelly's attempt to go to bat for Porter left a bad taste in many White House officials' mouths, as they thought it made the White House seem insensitive to issues such as spousal abuse.

"It’s beyond disbelief," a former White House official tells Sherman. "Everyone is trying to figure out why Kelly is leading the charge to save him."

Staffers were particularly frustrated that Kelly put out an official statement defending Porter shortly before he decided to step down in which he called the staff secretary "a man of true integrity and honor" and a "trusted professional."

"How many times has Kelly put out a statement defending Trump?" one Republican asked.

Sherman said that Porter has served as Kelly's right-hand man and has worked to limit the kinds of information that President Donald Trump sees to prevent staffers slipping him conspiracy-laden InfoWars articles.

Despite the fact that two of Porter's ex-wives told the FBI that he physically abused them, Porter himself has denied all accusations by calling them "slanderous and simply false."