'Do you believe it now?': House intel member swats Trump across the nose with bombshell Russian hacking indictments 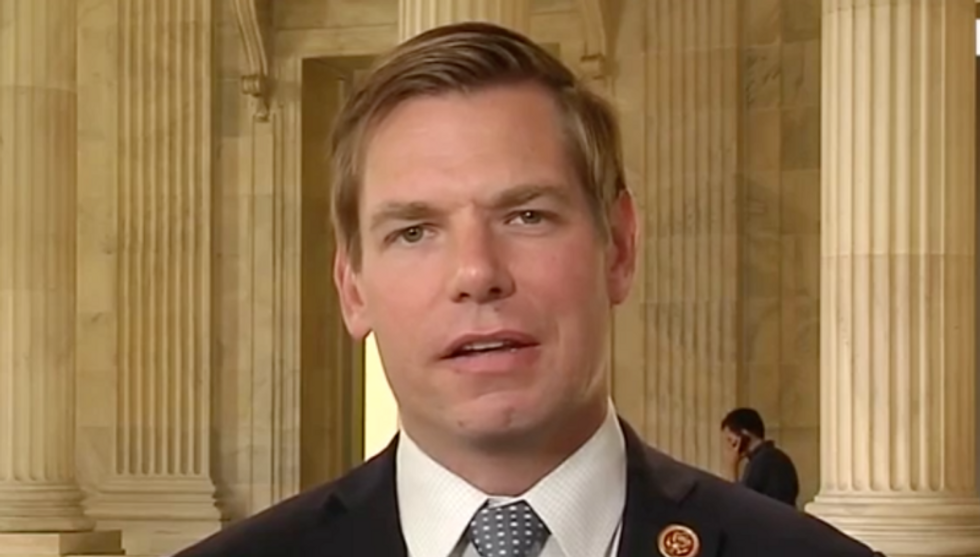 Rep. Eric Swalwell (D-CA), a member of the House Intelligence Committee, on CNN. Image via screengrab.

Speaking with host Brianna Keilar, Rep. Eric Swalwell (D-CA) said the revelations proved a crime had been committed despite the president's protestations.

"What's your reaction to the indictments of 13 Russian nationals involved, per the special counsel, with meddling in the 2016 presidential election?" host Keilar asked.

"We now know that crimes are alleged to have been committed," the former prosecutor stated. "The intelligence community alleged that Russia was responsible but it was never clear whether crimes have been committed and now we know that crimes were committed. Russians are responsible for those crimes, and now I think we want to know, did they work in partnership with any U.S. persons?"

"Also the fact this occurred, that these indictments are coming over a year after the election campaign shows how long it takes and the patience we must have to wait, to seek the evidence and wait for special counsel Mueller to come back," he continued. "I'd just ask the president: do you believe it now? Because your Department of Justice has indicted Russian individuals, and are we going to take this threat seriously? Because I don't think they ever left our democracy."