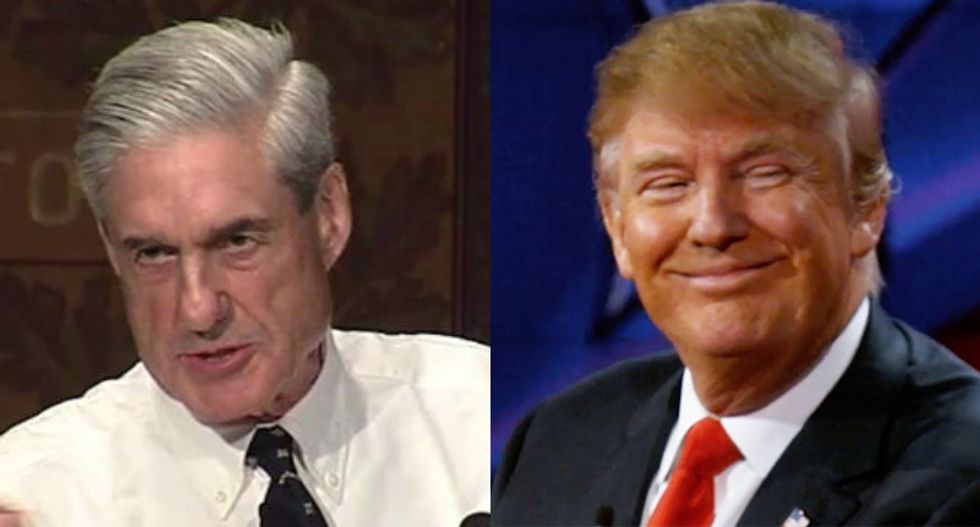 According to two lawyers who have clients who have been swept up in special counsel Robert Mueller's investigation into the Donald Trump administration, they believe that the president may be indicted for obstruction of justice within the next few months.

In an interview with Politico, the lawyers -- who asked to remain anonymous to protect their clients -- said they don't exactly know what Mueller's ultimate plans are, but the line of questioning by investigators indicates that he is going hard at Trump for attempting to block the investigation.

According to one attorney, his interactions with the special counsel’s team while representing his client in interviews have focused on "whether Trump tried to derail the probe into his campaign’s Russia ties."

“If I were a betting man, I’d bet against the president,” one attorney said, while the other -- who represents a high-ranking Trump official -- added that he fully expects the indictment to be forthcoming for no other reason than to get Congress to take the matter seriously.

“It’s entirely possible that Mueller may go that route on the theory that, as an open question, it should be for the courts to decide,” the attorney explained to Politico. “Even if the indictment is dismissed, it puts maximum pressure on Congress to treat this with the independence and intellectual honesty that it will never, ever get."

The attorney who made the betting comment said he expects an indictment earlier rather than later, saying Mueller may not want to drop the bombshell just prior to the 2018 midterms.

“If he’s going to do it, I think he’ll do it in the spring,” the attorney said. “I don’t think he wants to be accused of trying to influence the election that dramatically.”

The attorneys acknowledged that there is a question whether a sitting president can be indicted, but that Mueller's team is willing to let the courts settle that issue while Congress wrestles with what to do with the embattled president.

Trump's personal attorney, John Dowd, is betting the president can't be indicted, saying, "president cannot obstruct justice because he is the chief law enforcement officer" under the Constitution.